Young Architects for an Equitable Pittsburgh

View All the Submissions During This Year's Design Pittsburgh 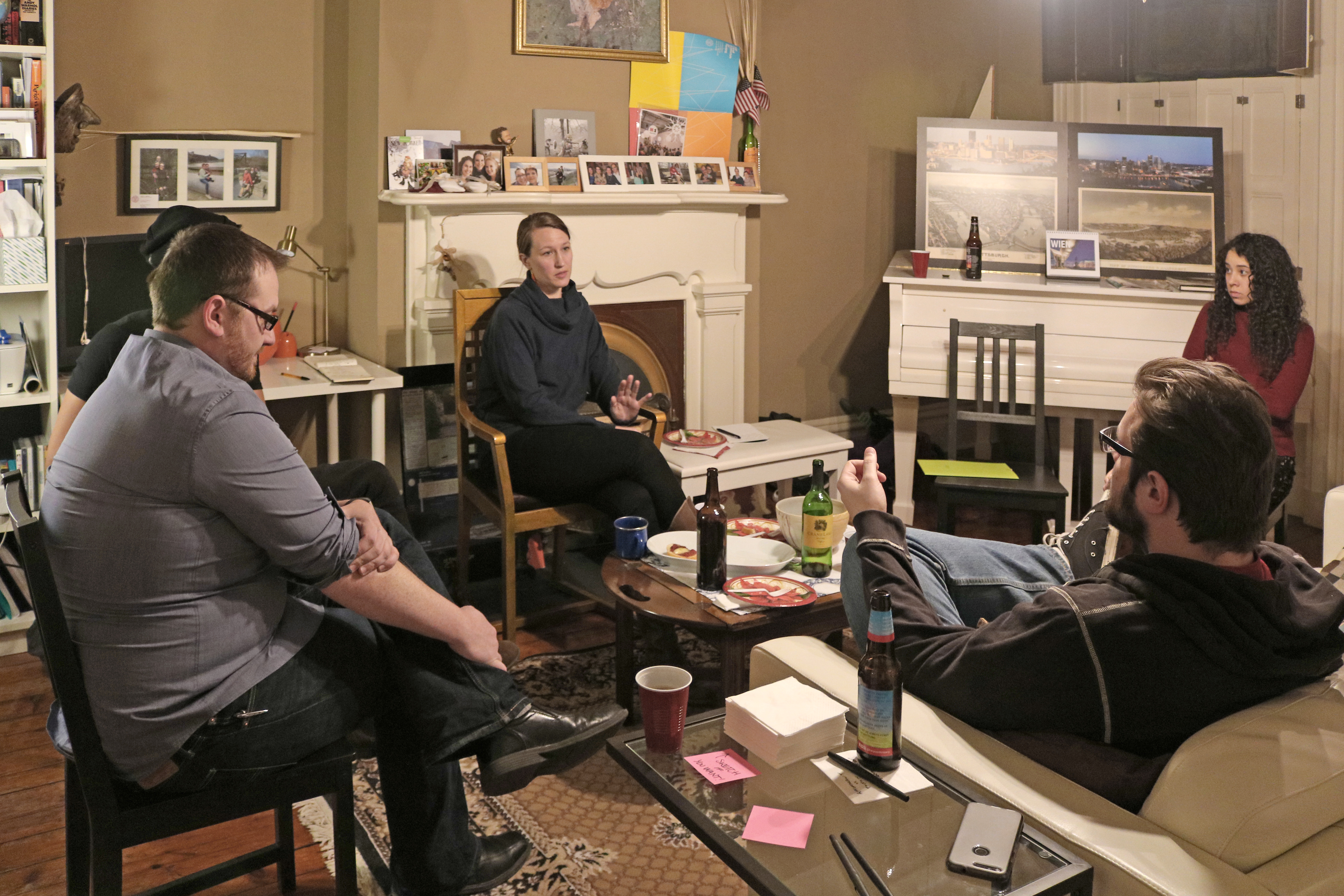 The Young Architects Studio Competition (YASC) is a special competition within AIA Pittsburgh’s Design Awards. Currently in its 8th edition, Nick Doichev, AIA established the competition in 2010 as an opportunity to recognize the talent of emerging professionals (defined as still studying or a maximum of ten years out of school).

In spring 2017 YAF held a series of meetings, informally called “Salottos” – an Italian word for living room – aiming at stimulating design conversations. The term salotto is also reminiscent of the 19th century Milanese private living rooms, where Intellectuals would gather to discuss politics and ideas. YAF brought together people from different backgrounds in order to kick-start a deeper conversation on Pittsburgh.

In the first meeting, the attendees discussed the topic of affordability. The conversations touched on gentrification, concerns for public safety, and policies, but also happiness, equitability, and what architects can actually do about problems in the city.

Questions about what affordable design is and whom it is for were raised. Architects –it was noted- are precious links between developers, often new to town, and the communities of residents, but are also left with little to no power to influence the discussions around new development in town. To improve this situation, architects should regain the trust of the community, which was lost after unsuccessful projects and years of wild urban renewal. Architects should present themselves as champions for equitable design, and work harder to occupy a seat at the policy-making table, fostering truly sustainable development. The hope is that they could become leaders involved in the development of the city, and respected professionals across practices and parties.

The 2017 Young Architects Studio Competition gives such a chance to young architects and designers. Titled “The Most Livable City for Everyone” (#equitablePGH), participants were asked how Pittsburgh could be truly welcoming for new and old residents. The fact that Pittsburgh has been voted the most livable city in the US is just a partial victory, since not all its neighborhoods are equally lucky. Pittsburgh residents cannot celebrate yet, pretending not to see the many challenges the city still faces or the recent protests in various Pittsburgh locations under fast and furious redevelopment.

This year, each of the nine YASC entries selects one problem Pittsburgh should face and then suggests a solution to it. Together they form a catalog of challenges to take on, and potential strategies to win them.  You can view all the entries online right here or in person during any of this year’s Design Pittsburgh events.