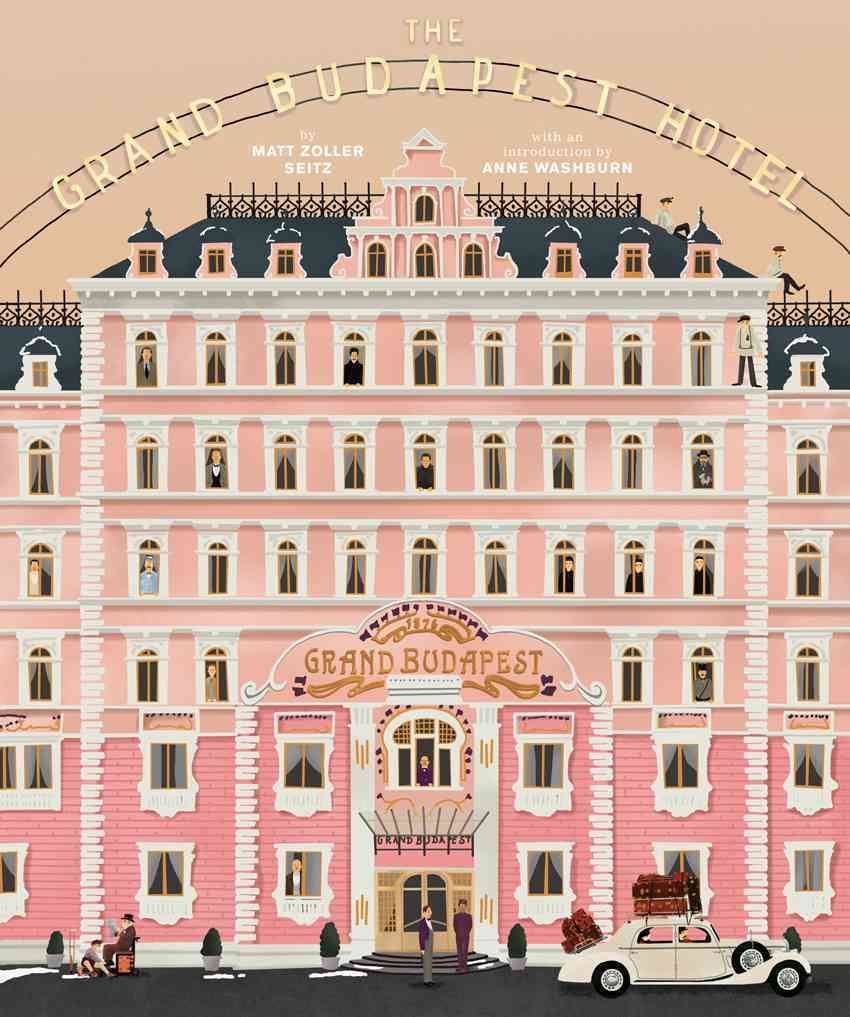 There’s never a bad time to pick up a good book.  In anticipation of the cold weather sticking around for a while and the fact that there may be more than a few members looking for last-minute holiday gifts, we’ve rounded up some of our favorite architecture books.  We tried to find something for everyone, like the Wes Anderson architecture-focused book pictured above that takes a deep-dive into the set design for The Grand Budapest Hotel and is an equally perfect gift for your film-nerd or history-buff friend: architect or not.  We also asked a few of our members what book they would recommend that struck a chord in 2019 and looked at two of our favorite book reviews from the year.

Publisher’s description: Initiated as an award-winning exhibition at the Carnegie Museum of Art in 2014, Imagining the Modern untangles this complicated relationship with modern architecture and planning through a history of Pittsburgh’s major sites, protagonists, and voices of intervention. Through original documentation, photographs and drawings, as well as essays, analytical drawings, and interviews with participants, this book provides a nuanced view of this crucial moment in Pittsburgh’s evolution. Addressing both positive and negative impacts of the era, Imagining the Modern examines what took place during the city’s urban renewal era, what was gained and lost, and what these histories might suggest for the city’s future.

Member Pick: Year of Yes: How to Dance It Out, Stand In the Sun and Be Your Own Person by Shonda Rhimes
Alicia Volcy, AIA of IKM Architecture

“This book is all about jumping into things that you’re uncomfortable with and it’s pretty inspiring to see the great things that happen to the author as a result of her courageousness. Much like Shonda Rhimes, architects are often creatives that work so much that they stop exploring the very things that could inspire their work. This book may encourage you to take more leaps into unfamiliar territory. “

The Architecture of Trees
by Cesare Leonardi and Franca Stagi

Publisher’s description: The Architecture of Trees is a legendary and unsurpassed botanical masterwork. This lavish large-format volume features more than 550 exquisite quill-pen illustrations of 212 tree species. Each is drawn to a scale of 1:100, with and without foliage, complete with tables of seasonal color variations and projections of shadows cast during the hours of daylight and season by season. L’Architettura degli Alberi, first published in 1982, has been out of print for two decades. This is the first English-language edition of a landmark study that took more than twenty years to complete. This gorgeous book is an essential addition to the library of architects, designers, botanists, and anyone fascinated by trees and by nature in all its varieties.

Member Pick: The Secret House: The Extraordinary Science of an Ordinary Day by David Bodanis
Sarah Pack, Assoc. AIA of Sarah Pack Design
“This book is an in-depth dive into the science of everything in your average house, from mites to textile sourcing to physics.  Fascinating!” 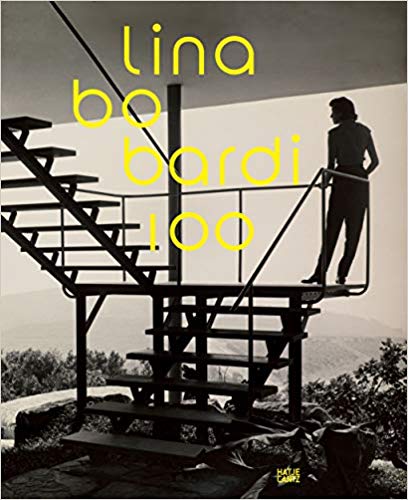 Publisher’s description: The Italian-Brazilian architect and designer Lina Bo Bardi (1914–92) forged a unique path with her bold, modern designs. Spanning architecture, stage design, fashion and furniture, her work drew inspiration from the International Style, which she translated into her own visual language. Fundamental to her work was her thoughtful engagement with her adopted country of Brazil―its culture, society, politics and indigenous design traditions―and her ideas about the social possibilities of design, and she expressed her sometimes radical views in her design work, exhibitions and writings. Published on the occasion of Lina Bo Bardi’s hundredth birthday, this richly illustrated volume presents an overview of her oeuvre and highlights her iconic buildings: her home, the so-called Casa de Vidro, the Museo de Arte de São Paulo and the cultural center SESC Pompéia.  Want to know more?  Check out the Lina Bo Bardi Draws exhibit currently running at the Heinz Architectural Center through March 29, 2020.

COLUMNS Review: Palaces for the People by Eric Klinenberg
Emily Pierson-Brown, AIA
“Eric Klinenberg advocates for stronger “social infrastructure,” of which the library is a prime example. The author defines social infrastructure as “the physical conditions that determine whether social capital develops.” The book is, in essence, a passionate argument for better public space.  Public space that is more thoughtfully designed, more well kept, and more robustly supported and funded.  Read more here. 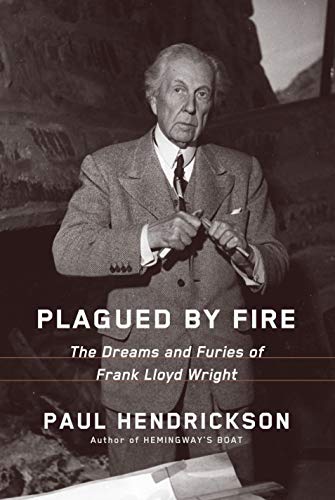 Plagued by Fire: The Dreams and Furies of Frank Lloyd Wright
by Paul Hendrickson

Publisher’s description: Frank Lloyd Wright has long been known as a rank egotist who held in contempt almost everything aside from his own genius. Harder to detect, but no less real, is a Wright who fully understood, and suffered from, the choices he made. This is the Wright whom Paul Hendrickson reveals in this masterful biography: the Wright who was haunted by his father, about whom he told the greatest lie of his life. And this, we see, is the Wright of many other neglected aspects of his story: his close, and perhaps romantic, relationship with friend and early mentor Cecil Corwin; the eerie, unmistakable role of fires in his life; the connection between the Tulsa Race Riot of 1921 and the murder of his mistress, her two children, and four others at his beloved Wisconsin home by a black servant gone mad. In showing us Wright’s facades along with their cracks, Hendrickson helps us form a fresh, deep, and more human understanding of the man. With prodigious research, unique vision, and his ability to make sense of a life in ways at once unexpected, poetic, and undeniably brilliant, he has given us the defining book on Wright.

Interested in reviewing this book?  We have a copy to lend you!  Contact COLUMNS editor Maya Henry at mhenry@aiapgh.org. 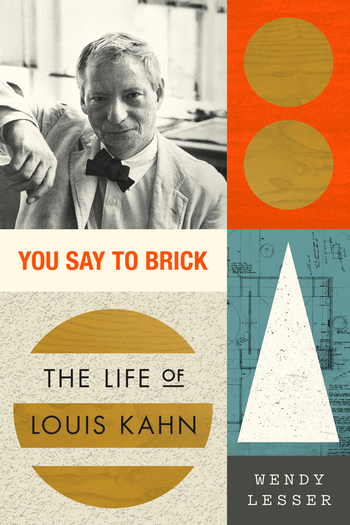 COLUMNS Review: You Say to Brick: The Life of Louis Kahn by Wendy Lesser
Robert Bailey, AIA
Kahn’s story is interspersed with chapters describing what it’s like to visit five of his greatest buildings: Salk Institute for Biological Studies, Kimbell Art Museum, Phillips Exeter Library, National Assembly Building of Bangladesh, and Indian Institute of Management Ahmedabad. An engaging array of black and white photographs help bring the man and his works to life.  Biographies of architects often use subtitles but usually in a more prosaic way than Ms. Lesser has here. Those four words represent an apt distillation of Kahn’s understanding and mastery of his profession – he knew the materiality of brick well enough to believe that his buildings expressed what brick “liked.” Read more here. 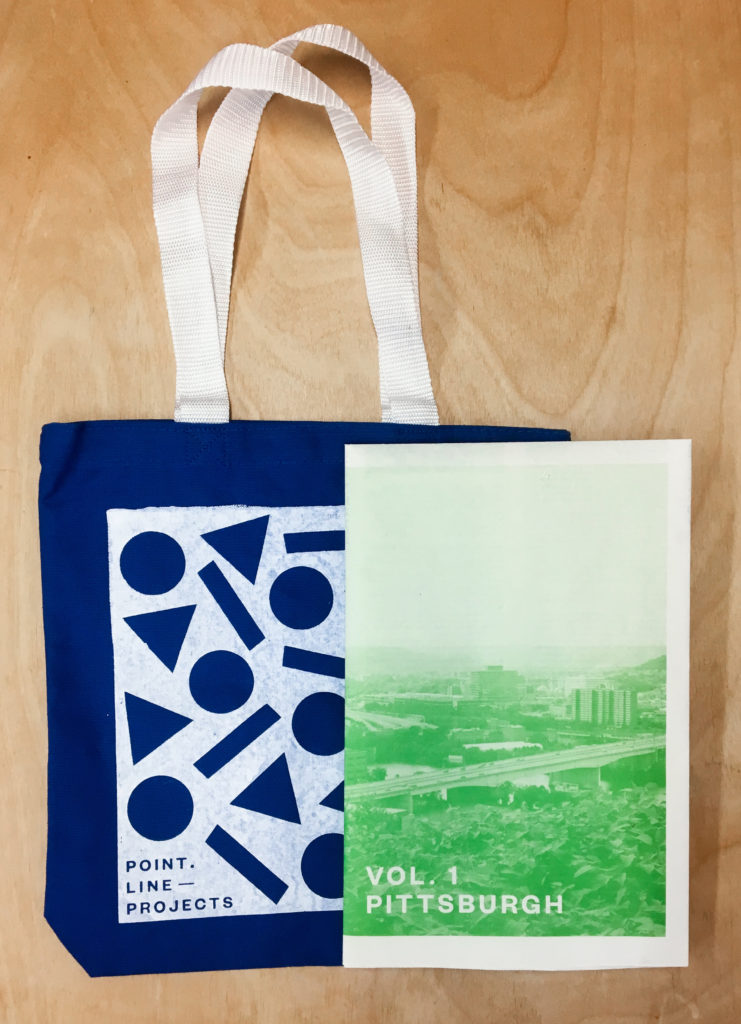 Need something to carry around all the books you are reading over winter break?  Our friends over at Point Line Projects have cute totes for sale in their shop and if you don’t have a copy of En Pointe Vol. 1 it is also worth picking up a copy of this PLP publication which is the first print edition of En Pointe.

“En Pointe originated in 2016 as a series of interviews exploring the creative processes of inspiring people who work on impactful architecture, design, exhibition, research, and publication projects. Vol. 1 is an elegant showcase of twelve creative and innovative individuals whose work shapes the city.”