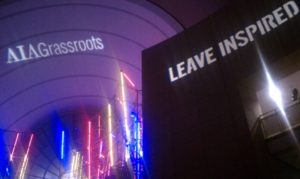 It’s already been over a week since the AIA National Convention came to a close.  Circumstances kept me from attending, but I spent much of that week reminiscing.  During the first week of March, I had the privilege of traveling to Washington, D.C. to attend the AIA’s annual Grassroots convention.  The theme of this year’s event – displayed prominently everywhere one happened to look – was “Come As You Are, Leave Inspired.”  As a first time attendee, I can tell you that truer words have never been spoken.

Grassroots is the AIA’s annual lobbying effort, where the membership ascends upon Capitol Hill to meet with our congressmen and tell our story.  As a conference, Grassroots often takes the backseat to the pomp-and-circumstance of the AIA National Convention (coincidentally, also held in D.C. this year), but its mission is much greater in importance.  If “Convention” (to which it is often affectionately referred) is about celebrating the achievement of the profession, Grassroots is about advocating for it.  As our economy slowly recovers from one of the worst recessions in its history, one that has taken a huge toll on the practice of architecture, advocacy becomes an extremely important thing.

On the morning of Thursday, March 8, loaded down with AIA bling (AIA member, Grassroots participant, YAF20 Summit participant, ArchiPAC contributor… exactly how many individual pieces of flair can one architect wear, anyway?), I took to the Hill, alongside nearly 750 other architects from across the nation.  I had the privilege of joining AIA Pittsburgh’s executive director Anne Swager, Hon. AIA; current chapter president Mark Dietrick, AIA; and fellow component member Safiya Hodari, Assoc. AIA as we took the AIA’s four primary concerns to western Pennsylvania’s representatives.  We talked to staff members for both Mark Critz and Tom Murphy, frankly and openly, about how any legislation that makes it easier for small banks to lend money helps small business owners fund their construction projects, putting more work in front of architects.  Through personal stories and anecdotes, we asked Mike Doyle’s assistant for his consideration in passing specific bills into law that would enable transportation projects and encourage sustainable initiatives, both of which have a huge impact on the way building projects are considered.  And in a face-to-face meeting with Jason Altmire himself, we relayed our first-hand experiences to reinforce the concept that 95% of architectural firms are considered small businesses, in the expectation that he would vote against any bill that would say otherwise. 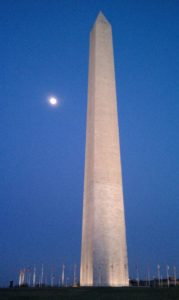 I’ve been to our nation’s capital before, but as a ten-year-old boy on a family vacation.  I must say, there’s an enormous difference between visiting as a tourist, taking the obligatory photo of the Capitol Building, for example (and make no mistake, I did plenty of that on this trip, as well), and actually climbing the Hill to meet with the representative from your district.  I don’t consider myself to be an overtly political person (if this were that *other* subject that you’re not supposed to talk about in casual conversation, I’d say I’m of the “Easter and Christmas” variety), but taking part in this – true democracy in action – was an incredible experience, equal parts humbling and exhilarating.  Our role was simply to be the face of the profession, engaging our elected representatives on a personal level.  In doing so, I came to the subtle realization that these men, whose names appear in television commercials and lawn banners in election years, are real people.  Their offices were littered with Terrible Towels, replicas of the Nittany Lion shrine, panoramas of the Pittsburgh skyline… all of which were strategically placed not only to make us feel more at home, but also to remind us that these men grew up in the same region that we did, and ultimately have our same interests at heart.

More importantly, though, in the course of three short days, I learned just what the AIA tries to do for me and the rest of the architectural profession.  To me, the AIA has always represented community; the 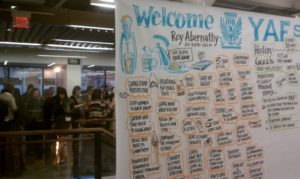 institute serves as a way of uniting the profession, between firms both large and small, associates at the beginning of their careers and fellows who are nearing retirement.  As the name implies, Grassroots is about getting back to basics, in the interests of the advancement of the profession.  To lobby on the AIA’s behalf, in the interests of improving the conditions under which we all practice, was ultimately about doing my part in supporting our community.  As an architect, I’ve never been more proud.