AIA Pittsburgh announced this month that Elisabeth (Lisa) Schroeder, president and chief executive officer of Riverlife, is AIA Pittsburgh’s 2012 Gold Medal awardee. Riverlife is a not-for-profit organization, established in 1999 by Pittsburgh Mayor Tom Murphy, to create a vision and master plan for the city’s riverfronts.

Through the Gold Medal award, architecture and design professionals honor a community leader who has made a significant contribution to the profession. “The Gold Medal is not presented annually, but only when an outstanding candidate is identified,” said Mark Dietrick, AIA, president, AIA Pittsburgh. 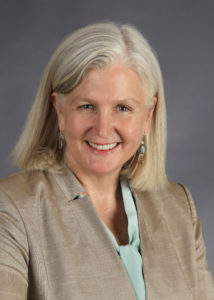 The award is presented by AIA Pittsburgh’s board of directors and is based on a candidate’s role in generating policy, raising public awareness, and/or leading a specific effort regarding quality architectural design in the Pittsburgh region. Past honorees include: Teresa Heinz, chairman of the Heinz Family Philanthropies and the Howard Heinz Endowments; Elsie and Henry Hillman; Carol Brown, past CEO of the Pittsburgh Cultural Trust; John Craig, former executive director of the Pittsburgh Post-Gazette and founding member of Riverlife; Lynda Waggoner, director of Fallingwater; Jane Werner, executive director, Children’s Museum of Pittsburgh; and Rebecca Flora, former senior vice president, Education and Research, U.S. Green Building Council, and former executive director, Green Building Alliance.

In commenting on the Gold Medal honor, Ms. Schroeder recalled Winston Churchill’s quote, “First we shape our buildings, then they shape us.” She added, “The design community in Pittsburgh is so deep, so talented, and has been so imaginative in looking at what can be improved that I am thrilled to be recognized as a leader for quality. I simply cannot imagine a greater honor than to be recognized by architectural professionals who are distinguished, not only by their work, but also by their civic energy and generosity. To be in the company of the former recipients, all of whom are passionate community builders and great diplomats, is amazing, humbling and deeply inspiring. We have worked to set the table for inspired architecture, landscapes and public art that will reflect the best that Pittsburgh has to offer. “

Among Ms. Schroeder’s most notable works is her leadership of “A Vision Plan for Pittsburgh’s Riverfronts,” earning her the 2002 AIA Honor Award in Urban Planning and Design and the 2002 Merit Award in Planning from the International Downtown Association. During her tenure at Riverlife, the Master Plan’s goal of a continuous Three Rivers Park extending for 13 miles throughout downtown Pittsburgh is 80 percent complete.

In recognition of her hard work and this award, Ms. Schroeder was recently featured in the Pittsburgh Tribune Review as a “Newsmaker”.

The Gold Medal Award will be presented at the 2012 Design Pittsburgh Gala and Awards Ceremony on Thursday, October 11, at the Pittsburgh Cultural Trust’s Education Center. The gala and awards ceremony are part of Design Pittsburgh 2012, AIA Pittsburgh’s signature program, which, in support of its mission, recognizes and promotes excellence in architecture and design, as created by members of The American Institute of Architects.