Sarah Williams Goldhagen’s new book, written for the general public more so than the design community, is timely, important and worth a careful read by design professionals. Her fundamental claim is summarized in the preface: “What the new paradigm of embodied or situated cognition reveals is that the built environment and its design matters far, far more than anybody, even architects, ever thought that it did.” (p. xiv)

Her book is timely because in the last couple years we’ve seen new checklists and scorecards for ‘wellness’ design (14 Patterns of Biophilic Design, The Well Building Standard, Fitwell — to name a few).  Wellness design appears to be a trendy term for what has traditionally been called ‘human centered design’.

At the AIA Conference on Architecture (A’17) this past April multiple speakers (including the keynotes) brought neuroscience or cognitive science credentials and themes to the conference.  While in attendance, I had the good fortune to speak at length with Thomas Albright, who is the Conrad T. Prebys Chair at the Salk Institute for Biological Studies and Director of Salk Institute Center for the Neurobiology of Vision and Adjunct Professor of Psychology and Neurosciences at UCSD.  At one point in the conversation, I asked Mr. Albright about a phrase others in the building industry sometimes use: “Nobody ever died of an ugly building.” He was quick to reply “Oh yes, people do die: in abrupt ways (accidents in demoralizing industrial settings) and subtle ways (long term living in slums) from ‘ugly’ surroundings.”

“Ordinary people, as well as the commissioning and decision-making elite, cling to the invalidated notion that design is a luxury rather than a necessity, a matter of taste rather than of urgent public welfare.” (p. 272)

Architects seek relevance; I believe that the best explanation for our profession’s enthusiastic embrace of sustainable design is because it increases our relevance when we positively impact something that is important for society (well, most of it). Goldhagen offers an argument that bolsters what we love most: designing beautiful, enriching built environments.

Anytime someone is putting together a strong message supporting the relevance of architecture and architects, to both the building industry and the public, I want to listen to and learn from that message. Her message is that good design is not a luxury only for the powerful and the wealthy, but essential to the quality of life for everyone. As architects, we may think we know this, but she gives us some new and more effective ways of explaining ‘why design matters’.

Her book begins with a personal story, about how as a teenager, the Piazza del Duomo in Florence transformed her attitude on a bad day, and then gave her a direction for her career, which included journalism, mostly writing about buildings, then as an art historian and professor focused on Modernism [she has written on Louis Kahn and others], and then she moved away from academia to write about architecture for general interest publications. She found the messages of architectural theory and history wanting, and discovered that in the past decade a body of ideas collectively present a new account of how people experience their physical surroundings, and more importantly, how those surroundings impact people’s lives. This body of work stemmed from ecological psychology, embodied cognitive science, and neuroscience, instead of architectural theory and history.

At the core of Goldhagen’s work is the paradigm of embodied/situated cognition. My grossly oversimplified explanation is that we don’t think simply with our minds, not even only with our bodies and minds, but with our minds, our bodies, AND our surroundings. Human cognition is a mind/body/environment system. “Urban spaces, landscapes, and buildings – even small and modest ones – profoundly influence human lives. They shape our cognitions, emotions, and actions, and even powerfully influence our well-being. They actually help constitute our very sense of ourselves, our sense of identity.” (p. xxiii)

Goldhagen adopts JJ Gibson’s ecological theory of perception, which claims that perception is not a passive activity, but an active one. Humans (and animals) actively gather information from their environments with an intent to act on it. Goldhagen refers to built environments as ‘action settings’ (another ecological psychologist Roger Barker, originally called them ‘behavior settings’).

So, if built environments so profoundly shape human experience, then why doesn’t everybody know it? Because 90 percent of our cognitive activity occurs outside of our consciousness. Much of the information our senses gather interdependently (that is, auditory, visual, tactile, olfactory, and motor sensory, all acting together) is information we are rarely conscious of, yet impacts our decisions and actions tacitly. “This means that people, whether they recognize it or not, experience built environments by selectively focusing on the opportunities a given space or object or structure affords them.” (p. 110)

She says a lot of things and cites a lot of studies we’ve heard before, like the study that people heal faster when they have a nice view from their hospital rooms (understandable, because she is writing for a general audience), but she brings together a wide array of studies, insights, and ideas from different disciplines and puts them together effectively to argue her position. Unlike some others who cover this human-centered design territory (like Christopher Alexander), she does not have an axe to grind about modernism, she is not selling a particular style or design sensibility, a prescriptive design method, nor yet another checklist/scorecard.

The book blends the kind of architectural analysis of buildings and places we would get from an architectural historian or critic with these ideas about embodied/situated cognition. Her examples are eclectic in a positive way, from fancy (Palazzo Spada in Rome by Borromini) to plain (Marlon Blackwell’s Russian Orthodox Church from a converted metal shed); from early modern (Aalto’s Paimio Sanatorium) to today’s modern (David Adjaye’s Neighborhood Library in DC); from Amiens Cathedral to an arts district in Beijing. 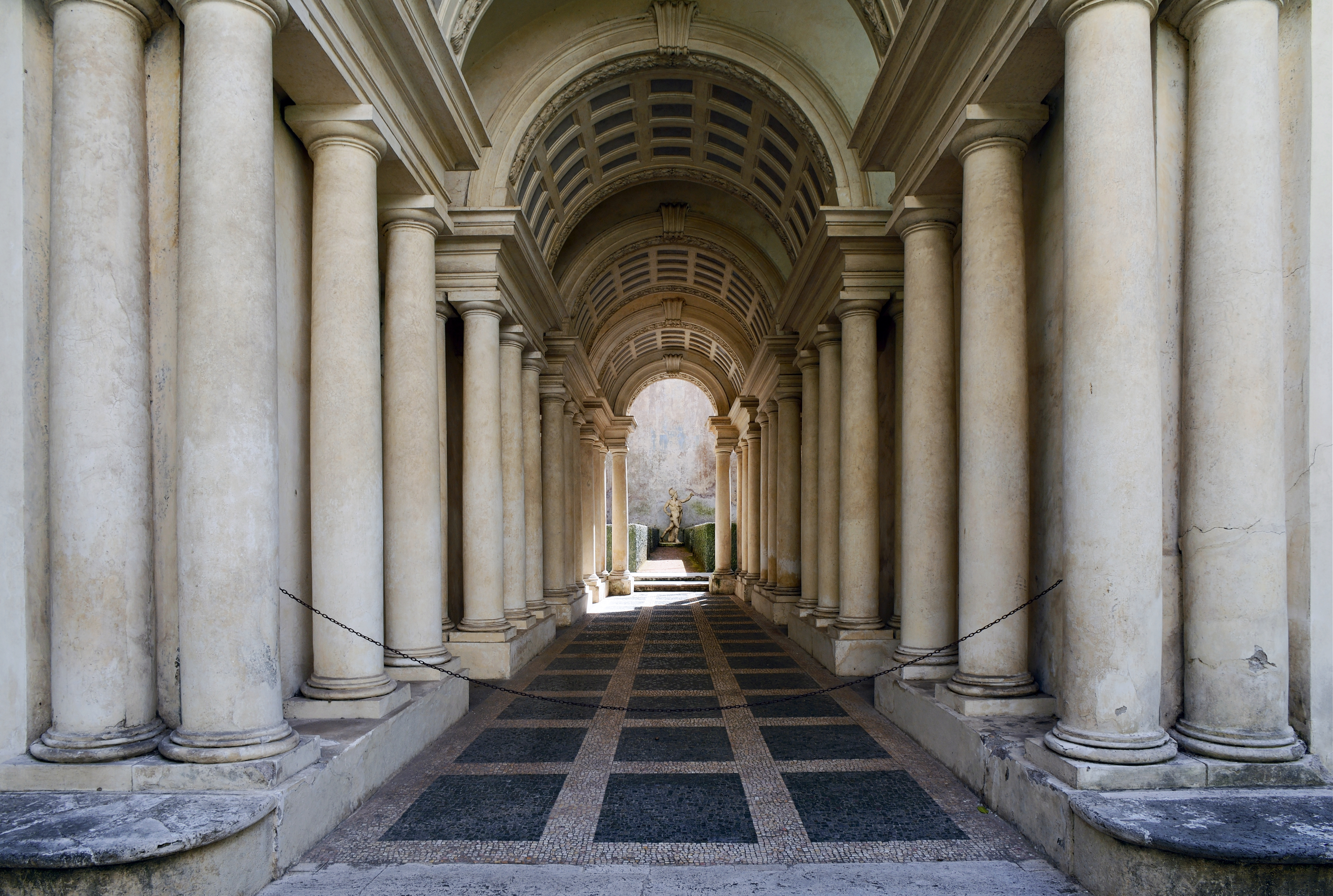 She provides some design ‘principles’, they are not new or different, but they are also not prescriptive. She takes what I would consider many well-worn ‘human-centered’ design theories and filters them through the embodied/situated cognition ideas, and for me, there is value to this synthesis. “Scanning the Salk Institute, we rely on form-based cues such as edges, angles, corners, contours, and curves, testing them against an internalized storehouse of basic compositional patterns and volumes.” (p 154)

One of her most powerful insights is that the built environment is never neutral, it is either ‘enriching’ experience, or it is ‘impoverishing’ it. Terms such as ‘beauty’ and ‘quality’ and ‘good design’ are often so encumbered these days with baggage and misunderstanding, that perhaps the use of a term like ‘enriching’ is useful and clarifying as a design value.

Goldhagen is an advocate for design professionals, but not without some elevated expectations. She recognizes that architects do not control the building process, but expects our influence to be positive and profound. She points out that the vast majority of buildings are not currently designed by architects, and argues that since all of the built environment impacts human well-being, then all aspects of the built environment should be designed by architects and related design professionals. She insists that the built environment is a continuum and that all design professionals (urban designers, landscape architects, architects, interior designers, product designers, etc.) have to work collaboratively within this continuum. She expects all of us to be knowledgeable about the mind/body/environment system, and to understand the implications of embodied/situated cognition on design. We all have a lot to learn, Goldhagen’s book is a good place to start.

One thought on “Is Wellness Design the New Sustainable Design?”