Around the World with Bill Bates, FAIA 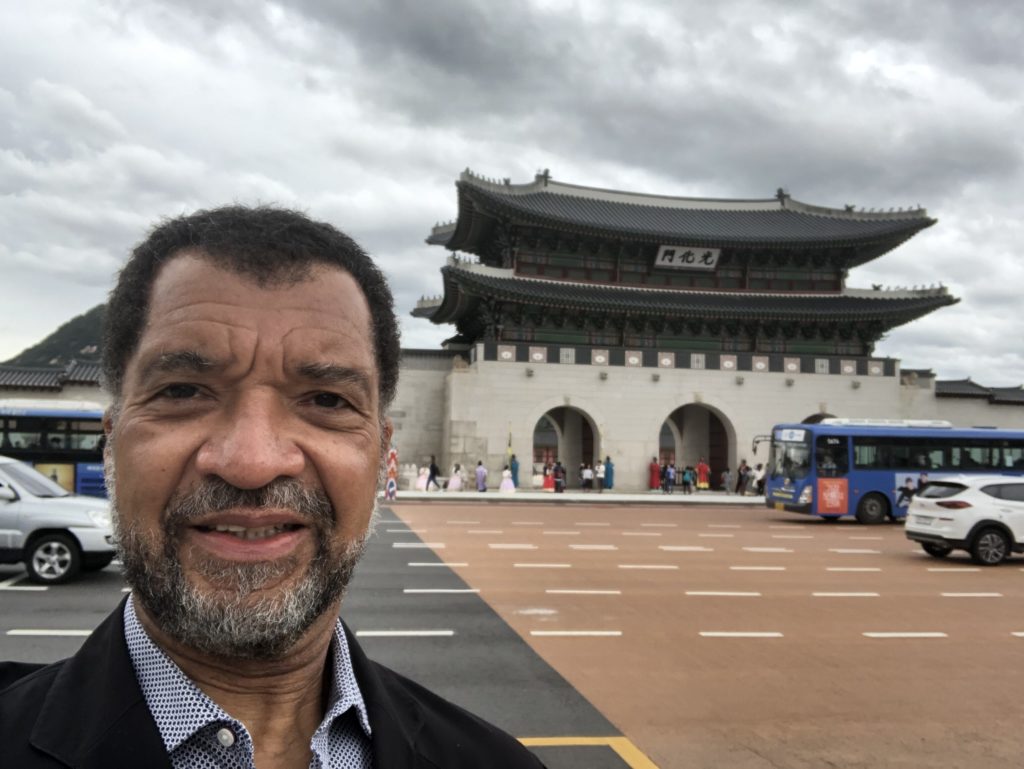 Bill Bates, FAIA in South Korea during his tenure as AIA National President in 2019

After talking to Bill about his role in the recent PBS documentary on Paul Williams, FAIA, I wanted to find out more about what it is like to serve in AIA’s top role.

We spoke in mid-March, just as the serious impact the coronavirus would have on our lives was becoming clear. Bill continually expressed how grateful he was to have had the opportunity to travel to so many places during his term as AIA President. Although it was exhausting work – where he often would return to his home with just enough time to repack his suitcase for the next assignment, he acknowledged that with that kind of travel just not possible now the role will have to change. 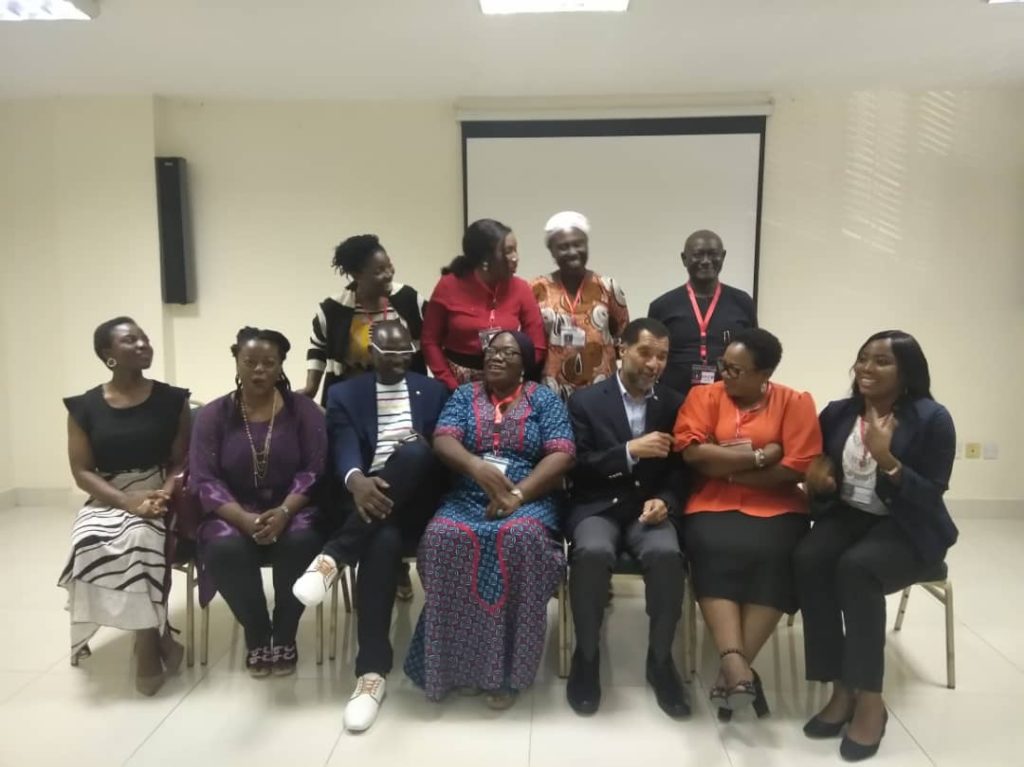 Bates with the Women Architects of Nigeria Board of Directors

COLUMNS: What did you set out to accomplish during your tenure?
One of my main goals for the year was to visit Historically Black Colleges and Universities (HBCUs) and encourage African-American students to continue their course of study in architecture and pursue licensure without interruption. Only 2% of nations architects are African-American.

African-American students go through architecture school and then they get frustrated and don’t pursue licensure or they drop out. This frustration can come from encountering biases and financial challenges, but also from a lack of seeing role models in the community who are actually achieving some form of success in the field. So that has hurt the ability to grow numbers.

Throughout my work, I have made it a goal and advocated for increasing those numbers. I asked from help from AIA National staff to coordinate visits to all HBCUs that have architecture programs, and I made it to all of them.

I met with deans and faculty and talked to students, sharing my perspective that there is someone like them with my experience and to encourage them to follow me in the profession. My goal was to give them incentive and courage to finish in spite of the challenges.

It is clear that more work needs to be done given the fact that I was only the second African-American becoming president [of AIA] in 162 years. I shared the message with students that the important thing to me wasn’t that I was the second; what was important was that I not be the last. I was counting on them to fill that void and follow in my footsteps.

AIA accomplished some big things in 2019. Equity, diversity and inclusion continued to be a priority for the Institute. The AIA Guides for Equitable Practice were published last year and were used to guide equitable practices in the office, and in the chapters themselves. That was something that was great to see accomplished.

During my travels to local components and conferences, I encountered architects who were using these practices in their firms. The next step is sharing these guidelines with vendors and contractors.

We were also able to do some things to improve equity in awards selection. Ensuring that awards embraced the values of the Institute and did not reflect a culture of bias. There are guidelines going forward that AIA National will follow and award juries, components, and members will be able to follow. 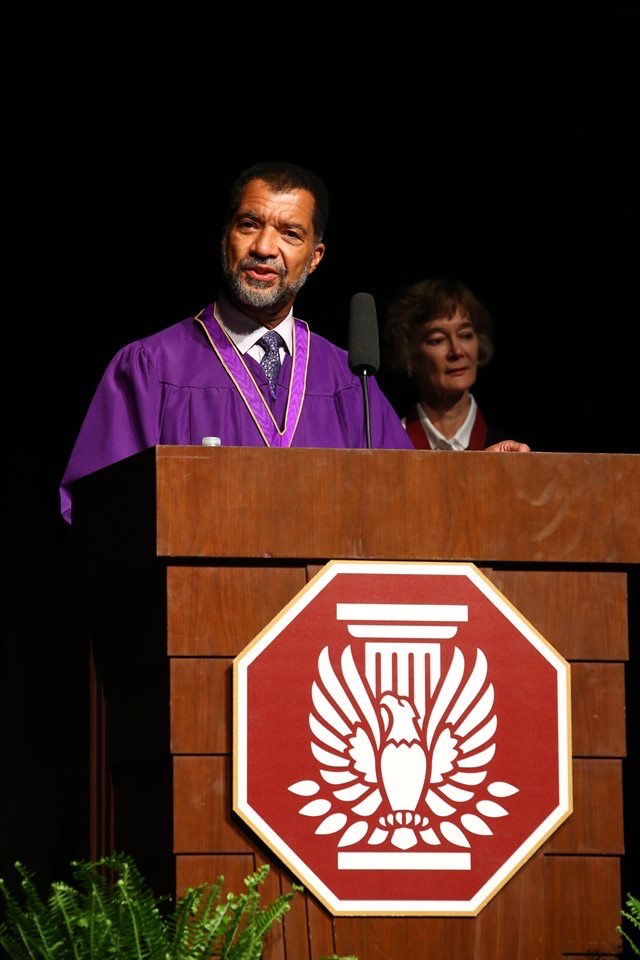 At AIA Convention during the 2019 Fellows Investiture

COLUMNS: What were some of your biggest challenges?
The year itself was a challenge. There was a lot of travel. It was not an easy year. It was more work than expected, although I really enjoyed doing the things I did. Last year at this time there were quite a few trips around the country, visiting with different components and meeting with groups that were part of conferences related to the profession and then of course gearing up for AIA Convention in June in Las Vegas.

All of that was layered with international travel: meeting with the Royal Institute of British Architects in London, spending part of April in Rome, then heading to Costa Rica for a conference on sustainable communities.

I flew to Japan and attended their national conference as well as traveling to Toronto to meet with the Royal Architectural Institute of Canada. I also traveled to Chad and awarded a medal to the first woman architect to become president of the national organization of architects there.

Then in June, I was in Hawaii for the U.S. Conference of Mayors. Mayors are really interested in engaging with architects. They are interested in solving problems early on before a developer comes in with a solution so that gentrification is not something that is ignored and people have a voice from the beginning. 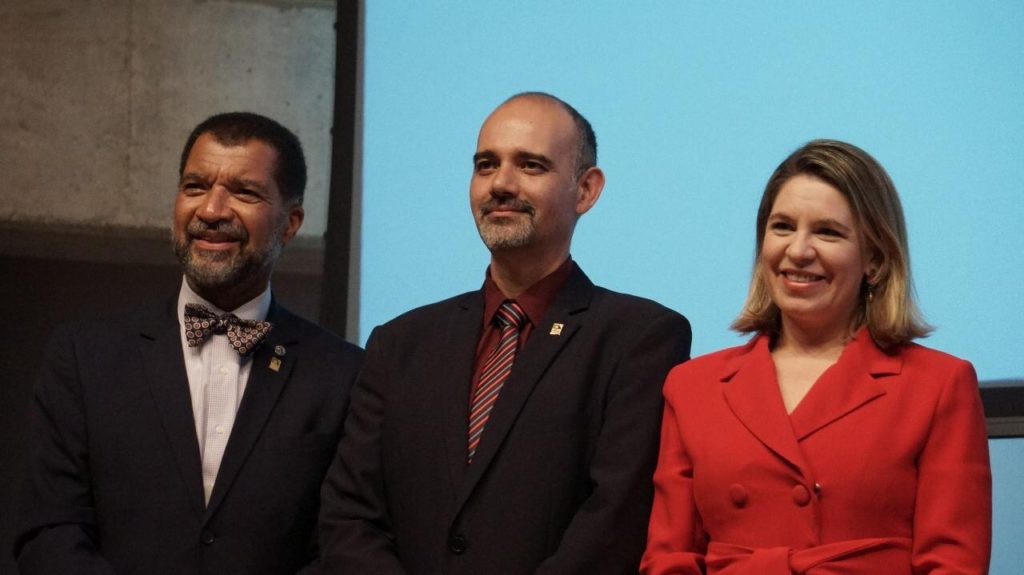 COLUMNS: Were there common themes that you encountered while traveling and meeting with architects all over the world?
There was alignment like you wouldn’t believe. It was really amazing and I kept bringing that knowledge back with me. I would tell other board members that I was stunned by how much alignment there was and how much others were working towards the same goals, in particular sustainability goals.

Costa Rica is preserving green space due in a large part to the first lady [Claudia Dobles Camargo] who is an architect and urban planner. Singapore is a showcase of green architecture and it is required in their zoning.

In the U.S., we know the federal government isn’t supporting this type of development and they’ve pulled money out of lots of programs. That is why there needs to be concentrated energy in local government and why and talking to mayors about what they can do on their own and how architects can help them was so critical. It’s important to help them to understand all the ways we can make cities more resilient, from flood zones to coastal parkways. I think this rapport with mayors will bring work to our members.

This kind of work is placing architects in a position within their own communities where they are trusted advisors who are brought in early. 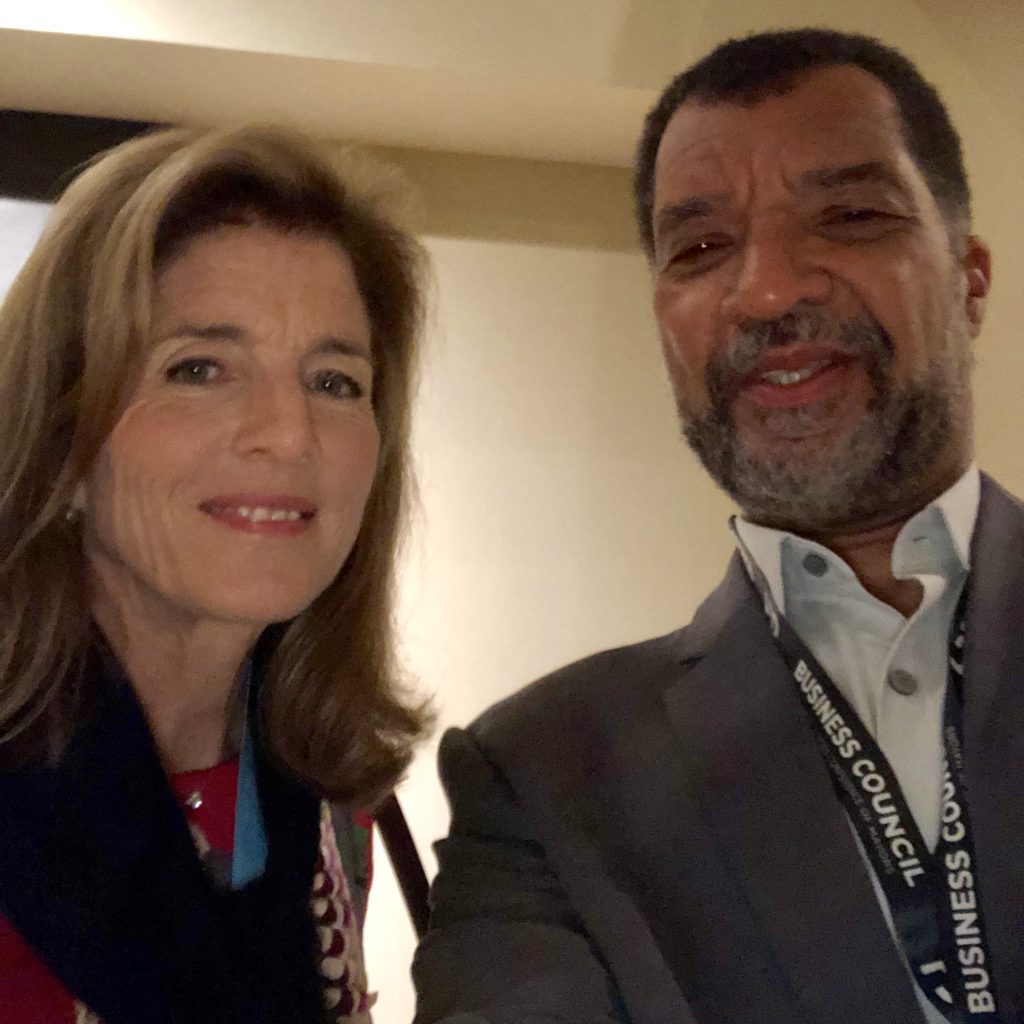 With Caroline Kennedy at the U.S. Conference of Mayors in Honolulu

4 Responses to Around the World with Bill Bates, FAIA