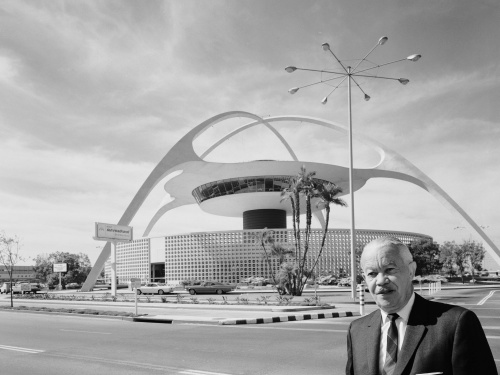 Paul R. Williams, AIA in front of the LAX terminal.

Before diving into the Oscar’s broadcast this Sunday, if that’s your thing, consider taking a gander at a new documentary airing on WQED-TV at 4 pm.  This one-hour special explores the journey of iconic Los Angeles architect Paul Revere Williams, AIA, and his professionalism and determination in the face of discrimination.

From the early 1920s until his retirement 50 years later, Williams was one of the most prolific architects in America. His list of celebrity clients included Frank Sinatra, Cary Grant, Barbara Stanwyck, William Holden, Lucille Ball and Desi Arnaz. He is noted for his mastery of various iconic architectural styles that include the Beverly Hills Hotel, the original MCA Headquarters Building and he was part of the team that designed and built LAX Airport.

“Stories such as Williams’ are important because we all use buildings.  We need to convey that architecture is not just for some, but it can be designed by anyone.” – Bill Bates, FAIA

Because of his race, Paul Williams wasn’t always welcome in the restaurants and hotels he designed or the neighborhoods where he built homes, even at the height of his career.   “There was very little recognition for the work he did then,” says Bill Bates, FAIA, who helped with coordination for the documentary and nominated Williams for the AIA Gold Medal, which he received posthumously in 2017.  Bates points out that Williams had to teach himself to draw upside-down so that he could sit across the table from his white clients instead of beside them.

The documentary tells the story how Williams defied the odds to become one of the most notable architects in history, designing iconic homes and buildings across the country for movie stars and moguls, in spite of personal tragedy and racial prejudice.

“Stories such as Williams’ are important,” says Bates, “because we all use buildings.  We need to convey that architecture is not just for some, but it can be designed by anyone.”  Bates notes that there are still far too few role models for African-Americans studying architecture today and that is another reason why Williams should be celebrated, and in particular why he advocated for him to receive the AIA Gold Medal and for AIA to contribute to the PBS special.

The film premieres in Pittsburgh on WQED-TV Sunday, February 9 at 4 pm (in conjunction with Black History Month) 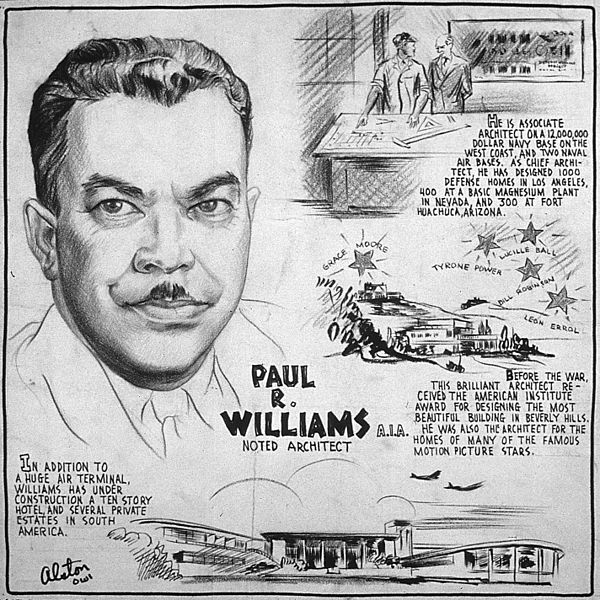