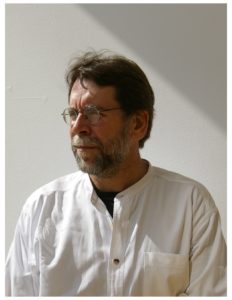 Congratulations to AIA Pittsburgh’s Rob Pfaffmann, who was among the 178 member architects inducted into the College of Fellows for 2017.  The Fellows program was developed to elevate architects who have made a significant contribution to architecture and society and who have achieved a standard of excellence in the profession. Election to fellowship not only recognizes the achievements of architects as individuals but also their significant contribution to architecture and society on a national level.

Pfaffmann’s work includes numerous public destination buildings, such as new and renovated public libraries, the Powdermill Nature Reserve, and the Meadowcroft Rockshelter.  Pfaffmann has also led the boards of the Rachel Carson Homestead and the August Wilson House.  In this capacity, he has promoted progressive thinking about the role design and environmental performance play at historic sites—protecting the past while connecting to the future.

In the words of David Lewis, FAIA: “I think that Rob is an extremely important kind of person.  He speaks from the heart as well as from the head.  He is not afraid to take up unpopular positions on matters that he considers to be important.  He has a great honesty, and his fight to save the Civic Arena was heroic as an attempt to preserve a building that he thought – rightly – had great historical importance.  I think that we need that in our profession. We need that kind of integrity and he certainly has it.”

Pfaffmann, along with the other 2017 Fellows, will be honored at an investiture ceremony at the 2017 National AIA Convention.

To learn more visit the AIA College of Fellows website.  Next time you see Rob, be sure to congratulate him on becoming FAIA.