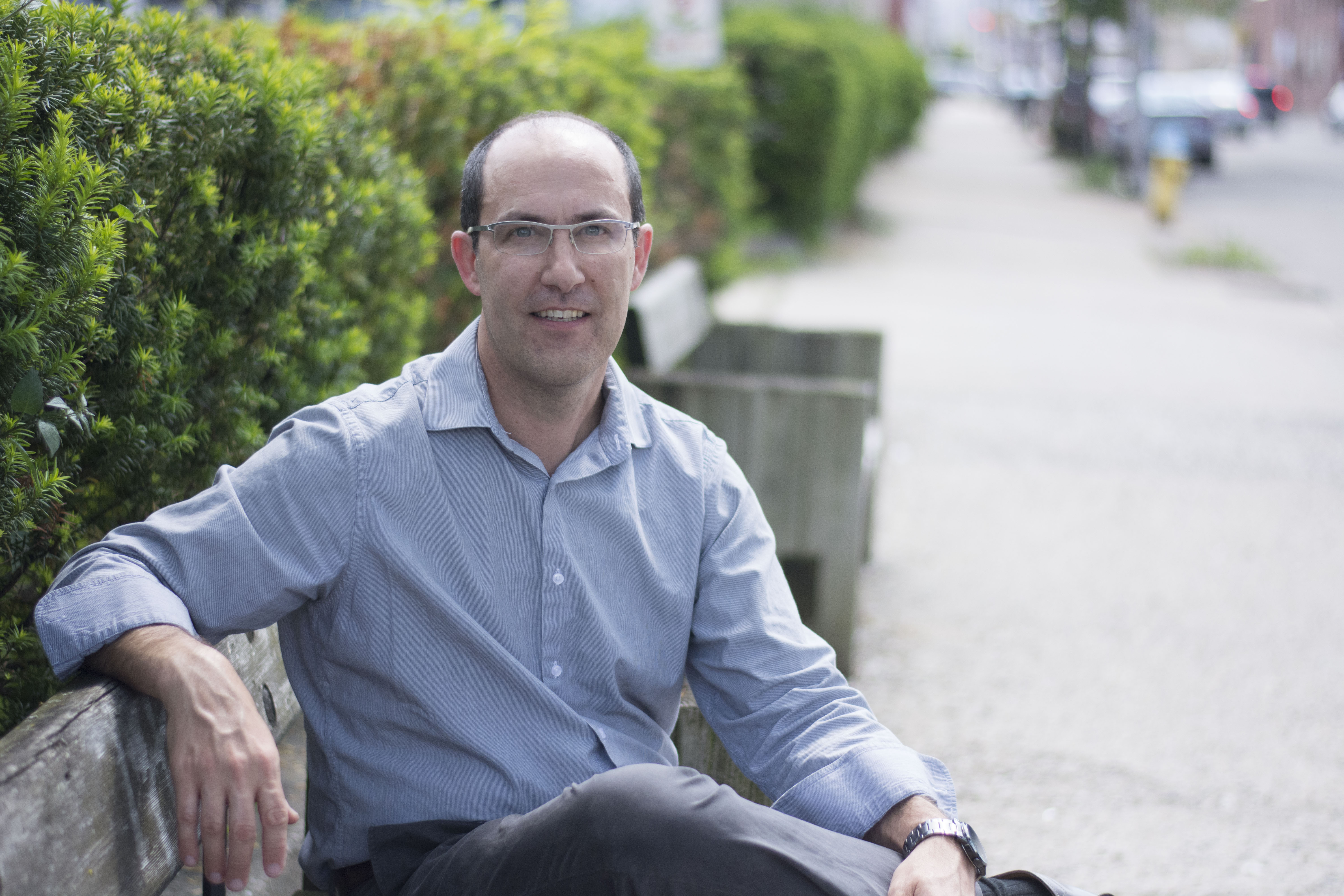 Name: Michael Alan Gwin
Firm: Rothschild Doyno Collaborative
Family: Wife Renee and three boys Jordan, Rowan, and Nolan
Years in practice: 20 years
Education: Virginia Tech – I wasn’t familiar with Virginia Tech when I was in high school.  I found my way there through running rather than architecture.  I was recruited for their track team and started into architecture at the second year level.  After my freshman year, I participated in their summer architecture program.  This was a rigorous program that created an opportunity for people to get into the architecture school program.  It was two sessions long, after the first session we had close to half of the 50 or so people that started!  From there 4 or 5 of us got selected into the second year of the architecture program skipping the first year.  I think as a group we established a work ethic that helped us excel all the way through the completion of the 5-year bachelor of architecture program.

Your first job: As a young boy I spent a lot of time with my one grandfather helping him with his farm.  We set up a sweet corn business when I was around 10 years old.  We split the profits, where I earned 50% from sales and he earned 50% for crops and equipment.  I started selling to friends and family then to neighbors and eventually to the local groceries and food markets. It was a farmer’s dozen (13 ears of corn for a dollar back then) and a satisfied customer was job #1.

Project you’re proudest of:  Sant Lespwa, The Center of Hope in Haiti. The project demonstrated a collaborative design process with the community.  The project began in Haiti with the local youth, community leaders, and client group representatives.  We learned a lot from the community about how they build with their heritage of craft,  and how they live both socially and in relation to the environmental conditions. We then designed a self-sustaining place in response to what we learned.  The result was a meaningful project built by the community members who learned construction trade skills and gained a sense of pride and ownership through the act of building.  AIA National recognized it with its’ highest honor for a built project. It received an AIA National Honor Award for design excellence in 2016.

What have you always wanted to ask your clients? How did we do?  We do this in many ways but often get caught up in the next thing in front of us….  I think taking more time to stop the world and listen to how we did and how the built environment is serving people is valuable.

Favorite tool (can be digital, drafting, physical,…):  I would have to say the mason’s trowel.  My father is a master mason, now at retirement age…..but I’m not sure a craftsperson ever really retires! It always amazes me how such a simple tool with a skilled hand can create such wonders.

How do you approach creative problem solving? I look at how the whole system is working together.  I learned this through practice in building a car when I was a teenager.  Once you understand how the whole is working as a system you can confidently approach each part knowing it’s relationship.  Often we hesitate or don’t go all in with creativity and opportunities in the situation when we can’t understand how the mechanics need to perform for a successful outcome.

Architect you’d like to have a drink with: Lawrence Scarpa, of Brooks + Scarpa in Los Angeles, California. I have always admired his unique mix of design excellence skill, social responsibility, stewardship, and service to the profession….and he seems like an approachable and fun person to be around.

Best gift to give an architect: Time and money to travel.  I learned from a young age that travel increases perspective and opens the mind to possibilities. Again much like architecture school, running was the connection point for me.  As a young boy in Jr High and High School, I would qualify for regional and national championship track meets which took me all around the country.  I was part of a team, where we all had to fundraise to pay for our own travels.

If you hadn’t become an architect, what would you have been? I would have been a builder for a profession.  Growing up in a family of builders, I’d have to say that is where my roots in architecture come from.  It could have easily been a path to follow as my profession.  My other grandfather built a successful construction company in the New Castle / Youngstown area.  This is where my father started out.  I grew up working alongside my father and continued working in construction with him as he started his own general construction business.  We still work alongside each other to this day on construction projects.  Most recently this past year, we performed the general contractor role and self-performed work on our new home…..This was with a lot of help from others of course!

If you could live anywhere in the world, where? I hope that I still have a lot of travels ahead of me to see new places.  When I’m ready to slow down someday I’ll think about this one more!

What’s on your iPod/Pandora/Spotify? I do use Pandora a lot…..stations are pretty eclectic and often relate to the type of activity I’m doing. Scrolling through it some that pop out include; Jack Johnson Radio, David Gray, Classical Radio, Bossa Nova Radio,U2 Radio, Dave Matthews, the occasional stations like Metallica and Rage Against the Machine, and stations that my kids have added with names like “I like to move it”.

The secret to my success: Keep going! I have always treated it like running a race.  Accept the “butterfly nerve” feeling before the start, begin strong, find your pace, maintain a smooth form and breathing, begin to push it, tell yourself you can keep going, see the finish line, go even stronger, cross the finish line knowing you did the best you could possibly do.

Advice to young architects: Understand the value of being part of a team.  “You can go fast alone or you can go far together”.