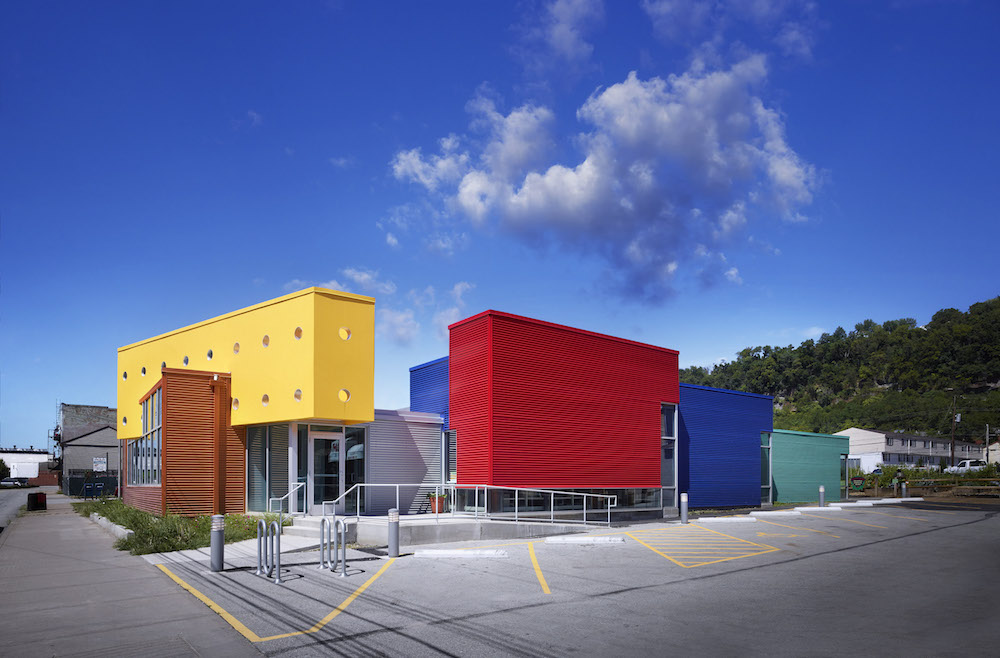 The Heinz Architectural Center is currently displaying an exhibit covering five decades of work by Arthur Lubetz. Lubetz, fully active and with no intention to retire, is one of the principals at Front Studio, an award-winning firm based in Pittsburgh and New York City. It is rare to see the work of an active architect being celebrated in a museum, but if you visit the exhibit, you will immediately understand why. The architecture of Arthur Lubetz is always provocative, even when it’s only proposed, and sparks conversation.

That conversation typically involves colorful,  modern architecture, but in a more traditional context.

Although Arthur Lubetz says “I learned a long time ago that red paint doesn’t cost any more than beige,” the bright paint is not the only way Lubetz and Front Studio are standing out. In places where years of disinvestment has caused a dull context, and the steel industry crisis forced people to leave, the work of Front Studio creates a place, when there was no place left, and brings back some hope.

The Sharpsburg Library (above) is a noteworthy example of a project that makes people happier, even during their daily commute (Arthur received some thank you notes for the project). That renovation of an existing structure became more than just a colorful architectural project, but a true work of art, able to inspire and in a way ‘renew’ the spirit of the local community.

In more wealthy neighborhoods, where the context reflects a more abundant economy, Lubetz’s architecture still asks direct questions to people passing by. The dynamic, low-budget building Ellsworth Center II (below), in the heart of Shadyside, is another example of making a strong statement about the city. The mixed-use building cracks and opens like a ripe fruit on the sides, with two glazed levels of public areas along Ellsworth Avenue. Above those, the housing portion is inspired by the adjacent residential rhythm, but plays with it, by joyfully misaligning the windows. The building interprets the Shadyside urban grid that gets funky just before the train tracks and the busway, where Pittsburgh topography rules. 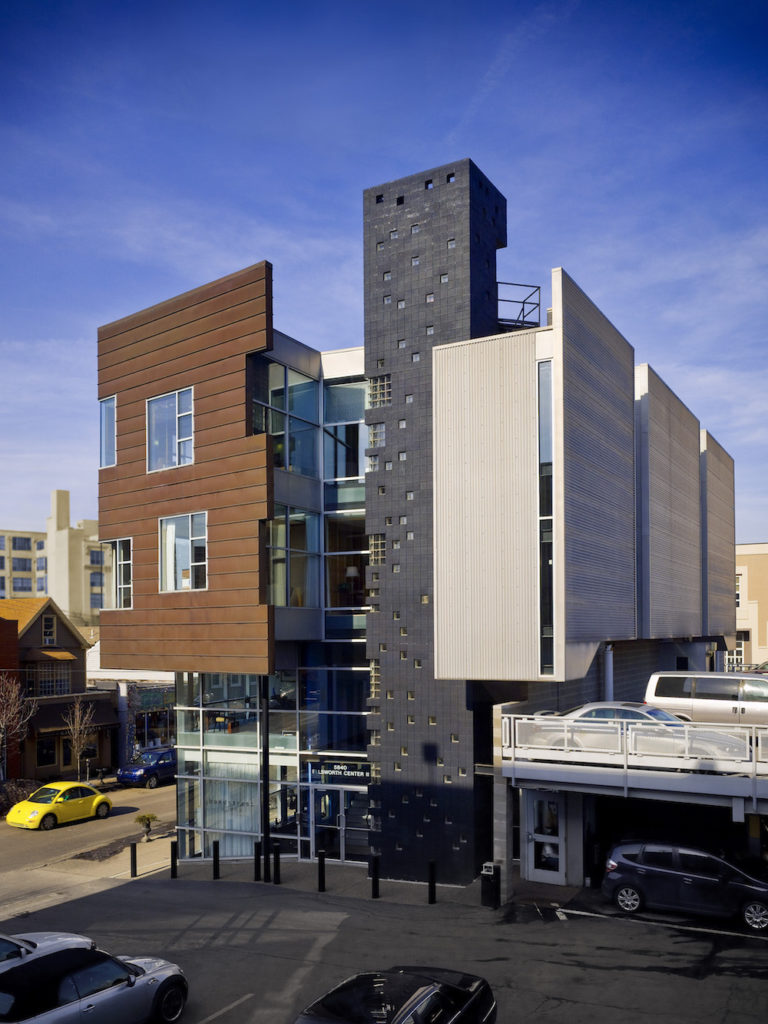 What is the role of newly built architecture, in an affluent neighborhood? And what improvements can it bring, in a post-industrial one? How to approach a historical home, with today’s modern means of construction? Front Studio asks questions like these and then provides solid answers.

Arthur Lubetz strongly believes architecture is an art, noting the unfortunate fact that the majority of the buildings are not artistic at all. Thus, the role of a good architect is to strive for designing buildings that are pieces of art and carry a message. The viewers can agree with the message or not, and in doing so, the conversation is started.

Sparking conversation is the true highest and best use of any architecture, particularly if it leads to a demand for more good design. Pittsburgh needs that very urgently right now as new development is coming in fast and there is a rush to catch all the investment that is coming down the pipeline. This urgency leaves architecture at the edges of the conversation, instead of at the center.

Not many architects have the powerful ideas that Arthur Lubetz has, or the guts carry them out.  Of the many buildings currently built in Pittsburgh, not many are “brave enough” to make a strong statement about the future of the city. Front Studio’s architecture becomes a relevant member in this conversation.

The exhibition, curated by Charles L. Rosenblum, is open through May 22, 2017.