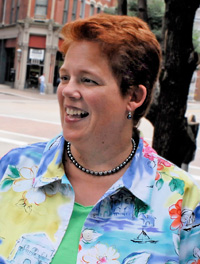 In a city still plagued by pay-to-play and machine politics, it almost goes without saying that many of our best leaders are not in elected office. This past weekend, we lost one of those individuals. Mark Schneider was killed in an accident doing what he loved best, riding his bicycle. By now, many of you will have read the accolades of what Mark contributed to the city as a developer and as a volunteer. His contributions were indeed numerous but most notably he backed projects which took great vision and grit to pull off. We take Washington’s Landing and Summerset at Frick Park for granted now but when Mark was thinking of them and advocating for them, the majority of voices speaking out doubted him. I was struck by how many of the people who commented on the newspaper articles about Mark and on the many Facebook posts called him their friend. Perhaps that is the most amazing feat of his many: Mark was an everyday kind of guy. He listened to you when you spoke and he weighed all the options before he threw in his two cents (which was more like a buck). He knew the economics behind the deal and he could coalesce everyone at the table to make good things happen. Not a grandstander, Mark was the quintessential guy behind the scenes that everyone admired and liked. He was charming and impatient and a mover and a shaker. He was always thinking of the next project….the one that would make Pittsburgh an even better place.

Mark’s death was completely unexpected and like many of his friends, I am wishing I had been able to thank him for all he did for Pittsburgh, and all he did for me.

Saying thanks is simple and yet, very powerful. We all have the opportunity to do that on October 11th when AIA Pittsburgh awards its Gold Medal to another notable leader, Lisa Schroeder, CEO of Riverlife. Our Gold Medal Award, presented as part of Design Pittsburgh, was conceived around the idea of an award for an everyday person, a non-architect, who had embraced the power of design to improve lives and make better places and spaces. It was not to be given to a“good client”but instead to someone who used design as a change agent. Lisa is just such a person.

The transformation of our riverfronts has been one of the most important elements in the turn around of Pittsburgh from a rust belt to a success, and Lisa has been its leading lady. Sure she has intelligence and charm and the skill to bring everyone to the table but what she has in spades is tenacity. There are so many disparate interests vying for the rivers and riverfronts. Every victory, large or small, comes with defeats as well. Moving forward means remaining positive in the face of political sniping and constant criticism of how it could have been done better. Lisa cares and she is passionate about what she does. Being an advocate is a 24 hour job and mostly thankless.

Please set aside the evening of October 11th. Lisa Schroeder is one of the rare everyday people who recognizes that good design and architecture are the building blocks of a transformative vision. We have an opportunity to raise a glass in her honor and say thanks. Let’s do it!