Founded in 1964 by David Lewis, FAIA and Ray Gindroz, FAIA, this year marks the 50th anniversary of Urban Design Associates. To mark this milestone, UDA has put together a pop-up exhibit of the firm’s work, which will be on display at the Carnegie Museum of Art’s Grand Staircase Mezzanine from October 28 through November 6. The exhibit is entitled “UDA @ 50 – Democracy in Action” and is co-sponsored by Heinz Architectural Center and the CMOA.

“For 50 years UDA has practiced urban design and architecture based on ‘democracy in action,’” writes Lewis. “From our beginning we have enfranchised citizens in the evolution of their neighborhoods, towns and cities, and in this exhibition we celebrate the many partnerships we have forged with communities to realize their dreams for a better future.”  The exhibit celebrates the evolution of UDA from a regional practice with academic origins to an international urban design practice. 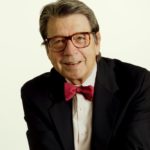 Kicking-off the exhibit is the 12th annual David Lewis Lecture on Urban Design located at the CMOA Music Hall on Monday, October 27 at 7:30 pm by influential urban designer, John Lund Kriken, partner of Skidmore Owings and Merrill, entitled “Design for Positive Change”. The lecture is sponsored by the Department of Architecture at Carnegie Mellon University and is open to the public and a free event.