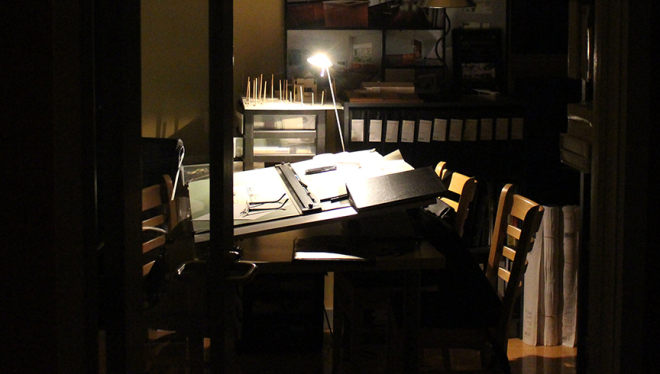 I want you to know, I’ve avoided this for years. Time’s up.

There’s something in the air these days. There seems to be a belief growing that becoming licensed as an architect is optional or even unnecessary. A thought exists that there needs to be irrefutable value clearly demonstrated in bullet points on a highway billboard for candidates to consider pursuing it after they’ve completed their education.

If this is you, you are asking the wrong question. It’s axiomatic. Why is getting a license even a question?

Every time this issue arises, I try to listen and be empathetic. I helped start AIA Pittsburgh’s YAF in 1996 for goodness sake – I’m an advocate for emerging professionals. I’ve taught hundreds of architectural students, speak at high school career fairs and try to be a good mentor. However, I took the exam in 1995 when it was offered once a year over a four-day period – on paper. I religiously prepared for months and I passed all of it first time. I was focused, some might say obsessed. It was important. I also don’t understand why it takes so long for people to pass all of it these days. It’s all I wanted to do.

I’m not trying to be polarizing or insensitive. Yet I’m sure I’ll make someone mad today. That’s not my intent.

Now, whether one pursues licensure by taking the A.R.E. after completing their education should not be weighed in the balance based on the cogency of my argument or anyone else’s argument.

If one is going to go through the time, money, blood-sweat-and-tears of getting a degree that allows them to pursue licensure – why wouldn’t they finish? Why is this a question? Isn’t that why they got in the game after all? Why quit before the finish line?

There’s a logical fallacy often used when the option of licensure comes up. I’ve heard complaints over IDP (correction AXP), the validity of the A.R.E. as a measure for competency, incompetent architects who somehow pass, lack of sufficient financial return, debate over titles, who was and who wasn’t licensed in the past, and even how one can have a fulfilling responsible position without it. This is somewhat of an ad hominem argument. Let’s attack everything about it except formulate a lucid argument.

I’m more of a put-up-or-shut-up kind of person. Take the test. I know it’s hard; I know it’s expensive.

Regardless of one’s opinion of an imperfect process and imperfect profession, THIS is the measure in place to test architects and this is OUR profession with all of its warts and bruises. If we want to improve our profession or move architecture forward, not committing to it just makes it worse. We who are licensed need to help emerging professionals to fill in the gaps of their experience and preparation and help them get there.

Put your energy into studying not complaining or finding fault with the process, exam or profession. As a profession, we need to stop asking why should we get licensed. Rather ask how can we get there or what plan do we have to get there in the shortest time possible.

Start asking the right questions. We need more architects. Don’t make a decision at 28 (or 38) that you’ll regret when you’re 48 or 58 or… Do it for yourself. That’s ALL the reason you need.