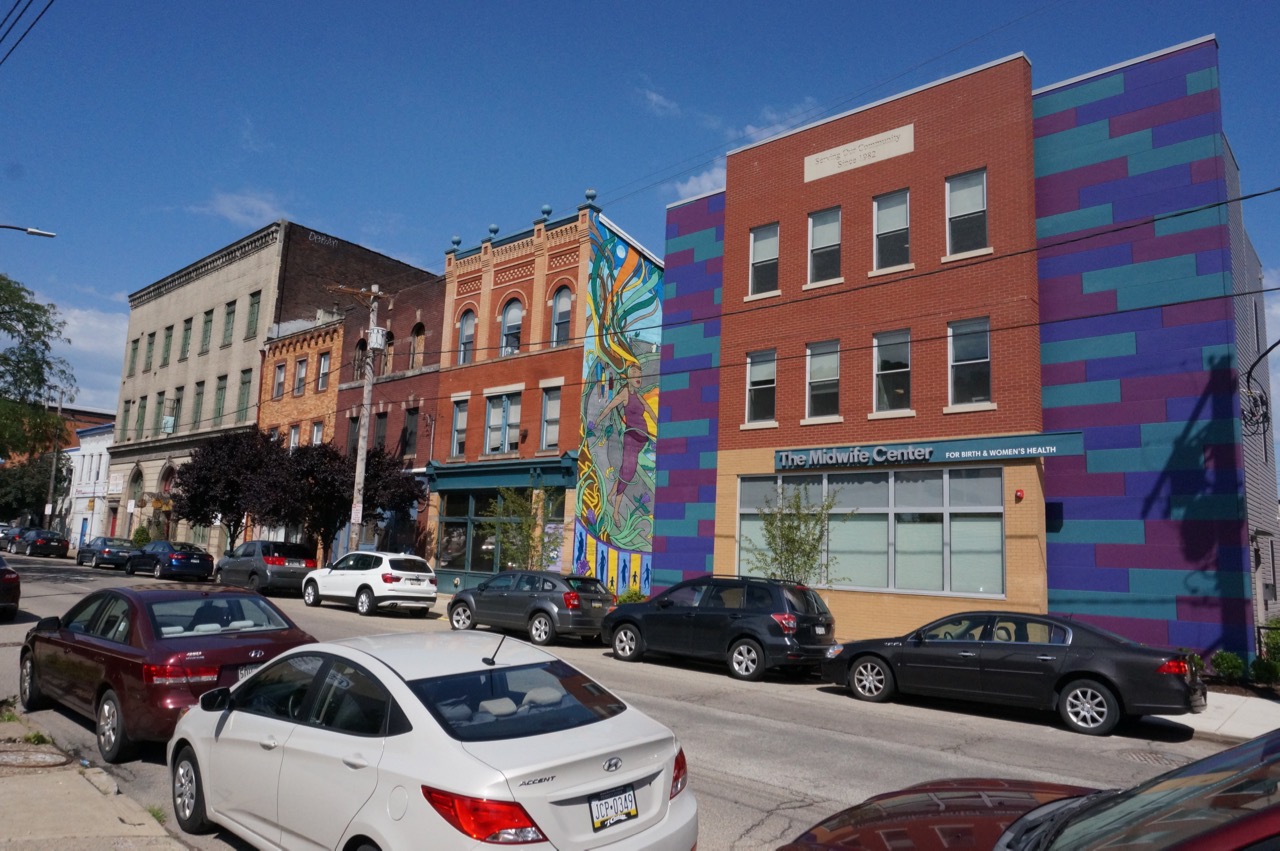 This March, nine months after it broke ground on a new 6,700 square-foot expansion, The Midwife Center for Birth and Women’s Health opened its new facility and became the largest free-standing birth center in the United States.  Local architects Rothschild Doyno Collaborative were selected as the design team and both client and architect saw numerous benefits from working together as neighbors.

The Midwife Center didn’t set out to work with their new Strip District neighbor when the freestanding birth center was thinking about expansion in 2010.  The facility has doubled the number of births and gynecological visits in the practice since 2010 and the expansion would allow for two new birthing suites to better match demand as well as expand and enhance other amenities.

After a standard RFP selection process it became clear that Rothschild Doyno Collaborative’s nonprofit experience and awareness of TMC’s mission made the architecture firm the right choice for the job of expanding the facility to 11,700 square feet.

“When you work with a nonprofit you have to deeply understand their mission,” says Dan Rothschild, AIA of Rothschild Doyno Collaborative (RDC). “We became their mission.”

RDC’s LEED experience was also a factor in the selection says The Midwife Center’s Executive Director Christine Haas. “We wanted the healthiest environment possible for our patients and staff, and that starts with the building.”

Just as it was important for The Midwife Center to retain its mission of promoting exceptional, client-centered primary gynecological, pregnancy and birthing care in the expanded facility, it quickly became apparent to the architects that the new facility was an opportunity to create a bridge between the original, much-beloved building and a new state-of-the-art facility.

This is most obvious is the integration of the iconic “Celestial Weaving Girl” by artist Lucas Stock into the new building, while also preserving a portion of the mural’s visibility to the public. 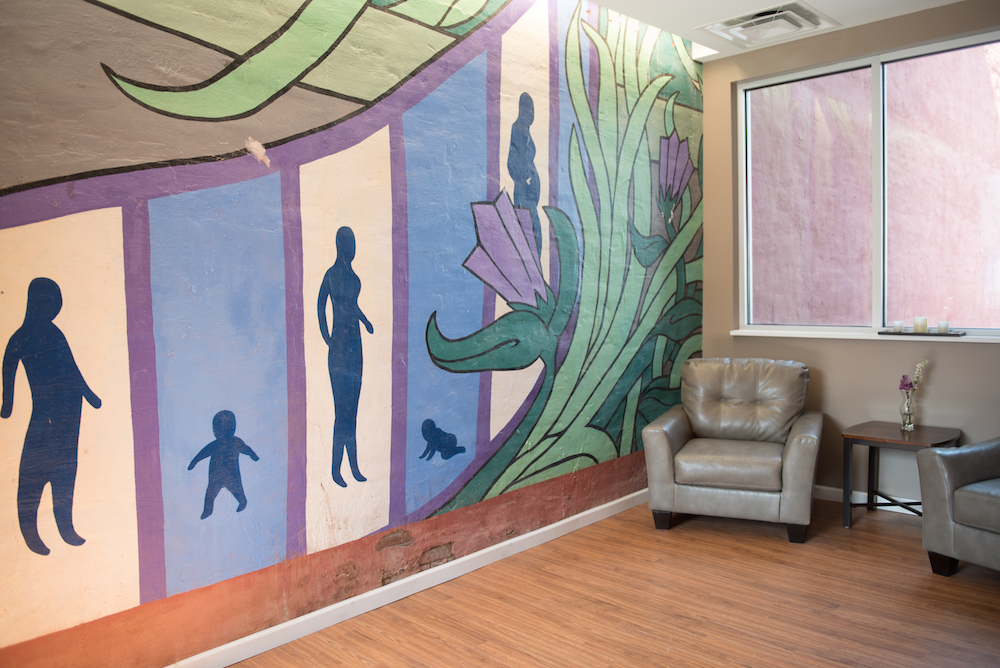 The vibrant mural that was painted on the exterior wall of the original building at 2831 Penn Avenue has been preserved and now makes up large portions of the interior walls of patient and family waiting rooms.

“The mural is a colorful anchor for the neighborhood with a meaningful design about strength and optimism in the birthing process,” says Rothschild. “It was overwhelming to consider covering it up but we were limited by the context of the parcels available for expansion.”

The architects asked themselves how to overcome the challenge and came up with a “bridge” model that brings the mural into the new space. The new design even aligned with the themes of the mural, which is actually three segments which represent nature, the city, and the sky.

“The preservation of the mural was so important,” says Haas. “More important than we initially realized. It was the first question people asked us.”

The nonprofit brought in Stock to touch up his mural, and Haas and Rachel Dingfelder, Development Coordinator at The Midwife Center, reminisce fondly about the day when staff members helped select colors inspired by the mural that were then turned into bright Nichiha fiber cement panels that adorn the façade of the new building. 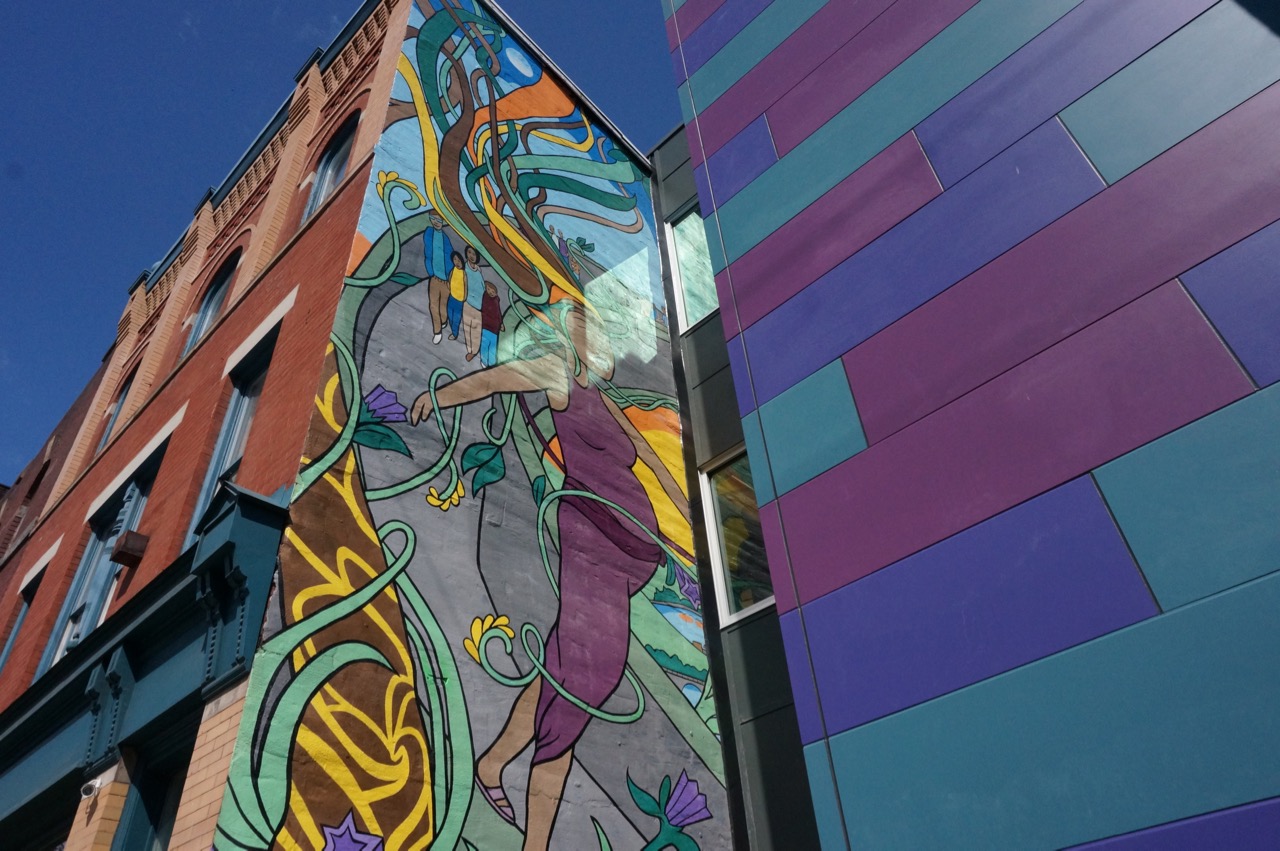 “We painted huge plywood swatches for their staff,” Rothschild remembers. And Dingfelder and Haas both remember how much fun the staff had, being included in these types of decisions. “They made it fun, providing background on the materials but leaving the decisions up to us,” says Dingfelder.

These were the types of client interactions that RDC was able to elevate because of their close proximity to the project. RDC’s own thoughtful reuse of an old garage as their office space at 2847 Penn Avenue influenced the final design because of their keen understanding of the neighborhood’s scale.

“We were very sensitive to the historic lot widths,” says Rothschild. While the addition is two lots wide, “winged” set-backs along the façade keep up appearances with the traditional lot widths.

Being so close to a project every day is unusual for an architect, and RDC was able to leverage the proximity by creating a working group of younger architects at the firm who met with project architect Brenna Shaffer, AIA on a regular basis to discuss the construction process and actually walk down the street to see the $3.2 million project as it was being constructed by Massaro Corporation.

Transparency of the facility was another aspect of the project that was achieved by the preservation of the mural as well as specific design choices and programming of the new space.

“We wanted to create a connection for people,” says Rothschild. “While the benefits of midwifery are understood by a larger segment of the population there is still a lot of misunderstanding as to what goes on beyond the façade. We wanted to make a connection for the public, to create more transparency and make the location more visible.”

RDC has installed a public greenspace adjacent to their offices to help activate the public realm and allow for rest and relaxation. A shared goal of creating additional public space gave way to a small side yard area at the Midwife Center’s new entrance. 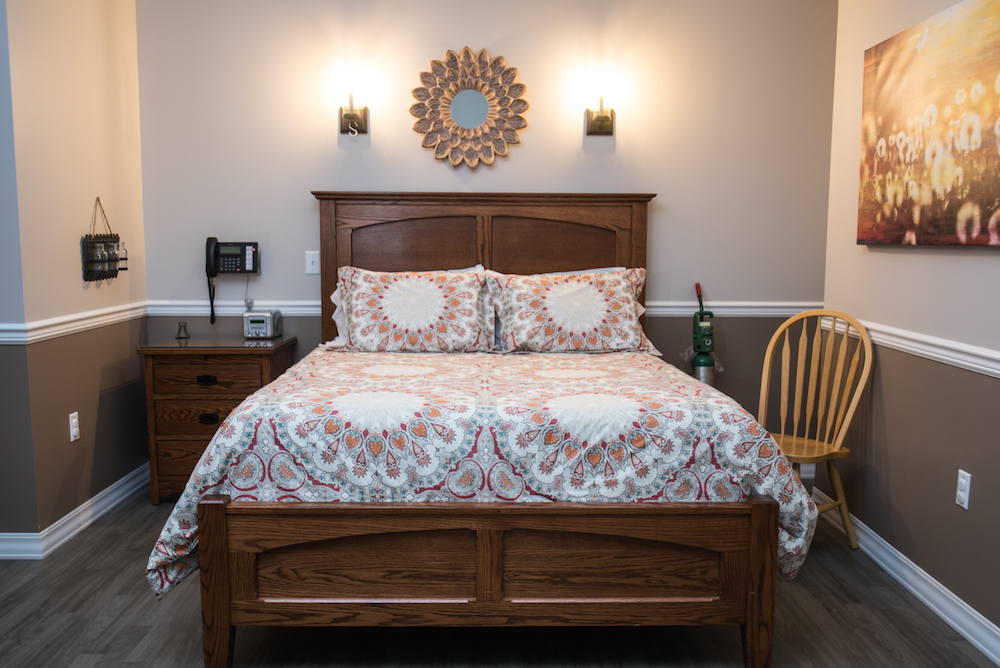 Both architect and client wanted to ensure that the interior of the new facility provided a home-like feel while adding additional benefits to laboring mothers such as birth tubs, nitrous oxide, and step-in showers.

“They really got that,” says Haas. “Things were added in the new building to give it home-like features. There were simple things they suggested with our limited budget like using more traditional baseboards.”

The new square footage has also allowed the facility to add an education room, a private family-centered waiting room, behavioral health services for patients (one of their top outpatient referrals), better ADA accessibility and a general flow overall.

Architect Brenna Shaffer, AIA was also a lead designer on the project but was on maternity leave at the time of this article so was unable to be interviewed. 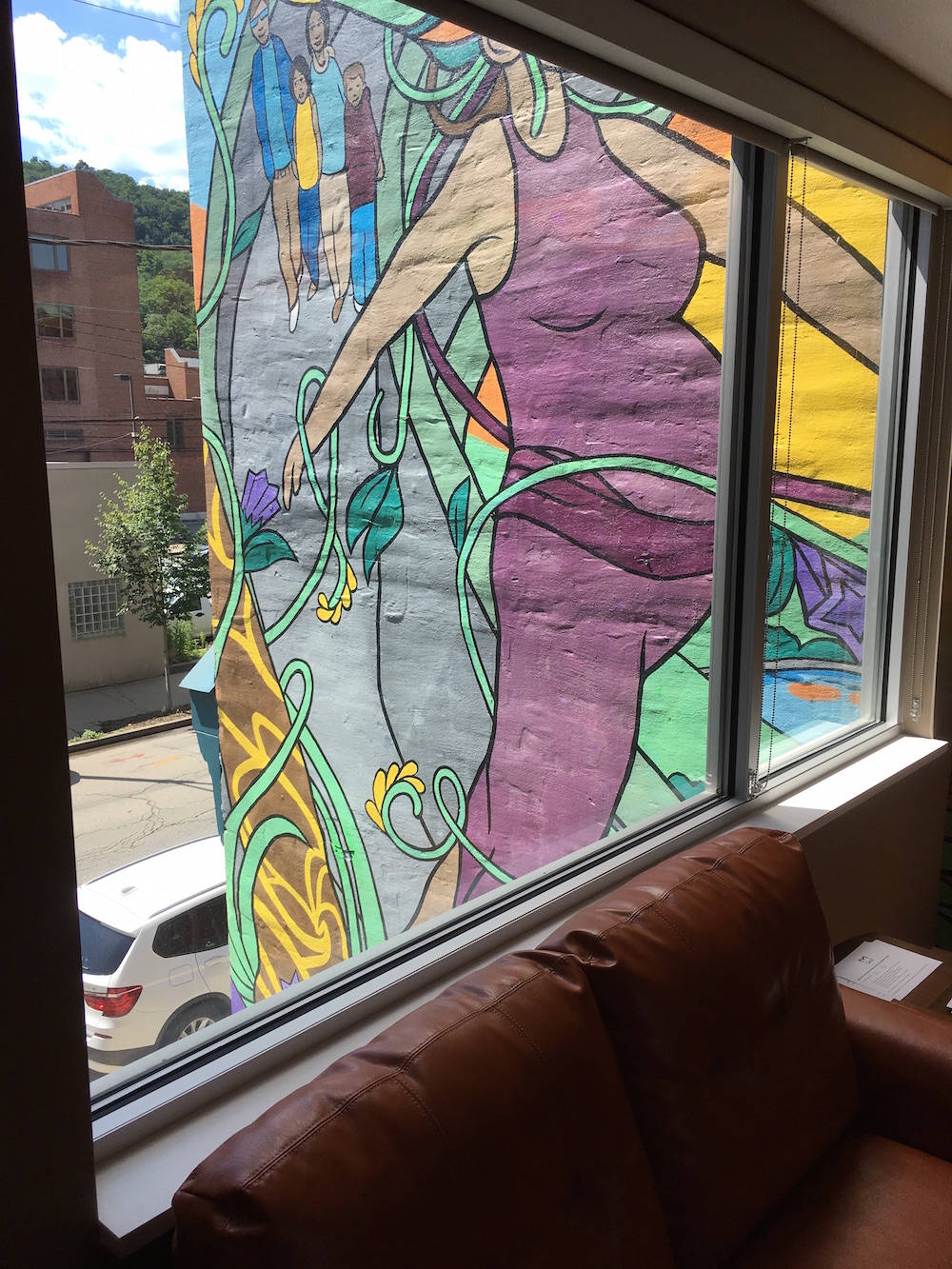