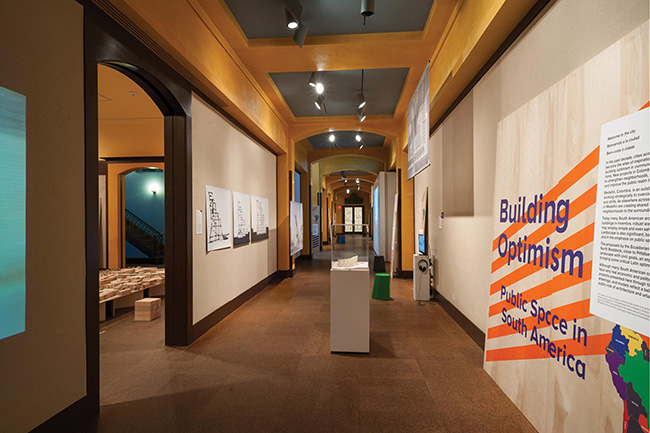 As I walked into the Heinz Architecture Center I was greeted by large 4’ x 8’ sheets of finished plywood leaning against the wall. On them was printed in bright blue letters, “Building Optimism: Public Space in South America.” The exhibition at the Carnegie Museum of Art showcases “the powerful public role of architecture and urban design.” Many of the projects are located in informal portions of the city where residents use found materials and repurpose them in meaningful ways (hence the plywood title boards seen throughout the exhibit). The show features innovative public space and infrastructure projects in Chile, Brazil, Venezuela, Peru, and Colombia.

El Equipo de Mazzanti’s awe-inspiring Biblioteca España, ELEMENTAL’s incremental housing project Villa Verde, and Urban Think Tank’s Metro Cable are some of the featured projects. Each of these works is bold, contemporary, and goes after a big idea: how can architecture catalyze social change for the city in which it resides? In the case of Mazzanti’s library in Medellín, the firm chose to work in a neighborhood that was plagued by drug trafficking in the 1980s. Building a library perched on the neighborhood’s hilltop is a physical manifestation of the city’s positive social change. The architects chose to break the “contextual relationship” with the buildings around them. Rather than integrating the the library’s color palette or materiality into the surrounding neighborhood, Mazzanti chose a contrasting facade color and non-orthogonal geometry. In much of Mazzanti’s work, they purposefully establish a new formal language in order to challenge residents’ assumptions about their own neighborhood and increase their aspirations. 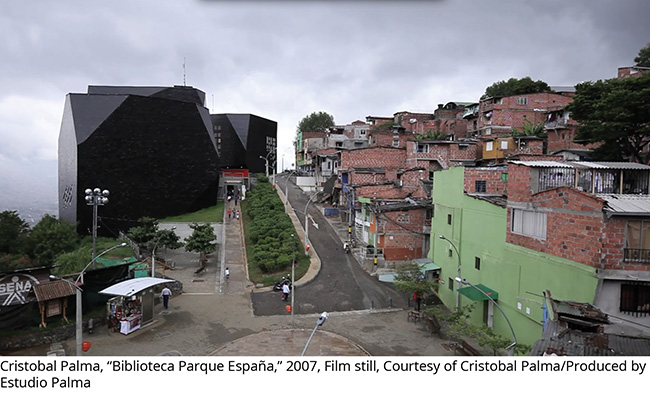 The common thread between these projects stems from the problem that cities in South America experienced significant population growth in the mid-20th century. As such, there were too many people with too little infrastructure. Today architects are practicing ‘urban acupuncture’ by designing quality public spaces in these informal areas. The show is relevant not only because it features Chilean architect Alejandro Aravena, who won the Pritzker Prize and curated the Venice Biennale in 2016, but also because Pittsburgh’s design community has begun it’s own relationship with South America, hiring Ecuadorian architecture firm Al Borde to work in Braddock. 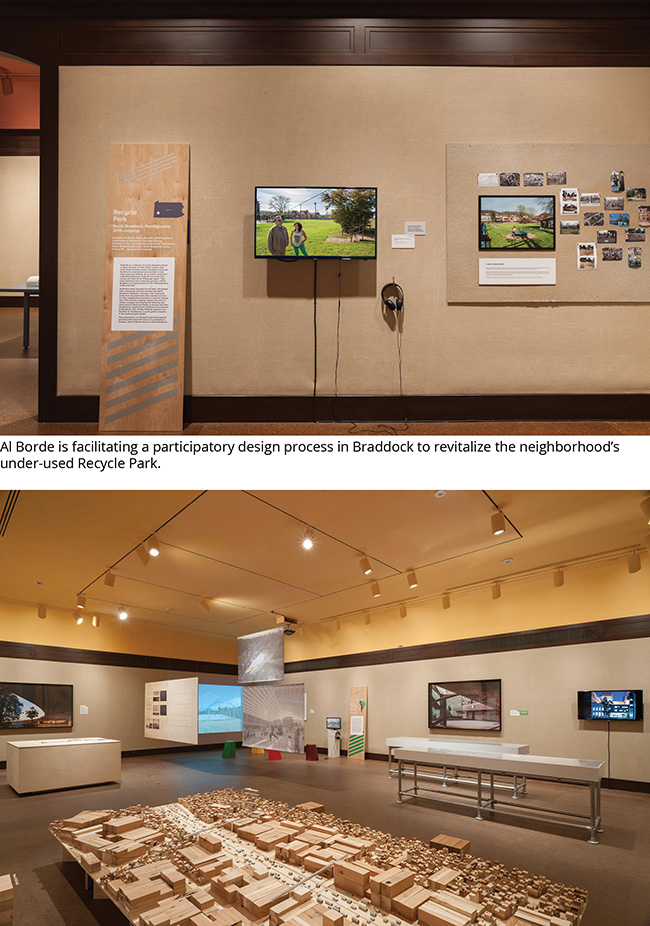 In collaboration with Carnegie Mellon University, the Carnegie Museum of Art, and a few community organizations in Braddock, Al Borde is facilitating a participatory design process to revitalize the neighborhood’s under-used Recycle Park. Photos from community meetings, sketches from children, and videos from the public engagement process are on display. Visitors to the exhibit are encouraged to draw their own ideas and pin them up as well. In one of the videos, Marialuisa Borja of Al Borde explains how the design proposal embodies the optimism of children’s dreams. What struck me about this collaboration is the fact that normally designers from the United States are traveling to other nations to give their advice. This time, CMOA has turned the tables, asking architects from Quito, Ecuador to come to our home and advise us. Al Borde’s ability to work with limited resources and limited budgets brings a level of creativity that not all designers have here in the United States. It appears the project is still in schematic design, so I hope it continues to moves forward. 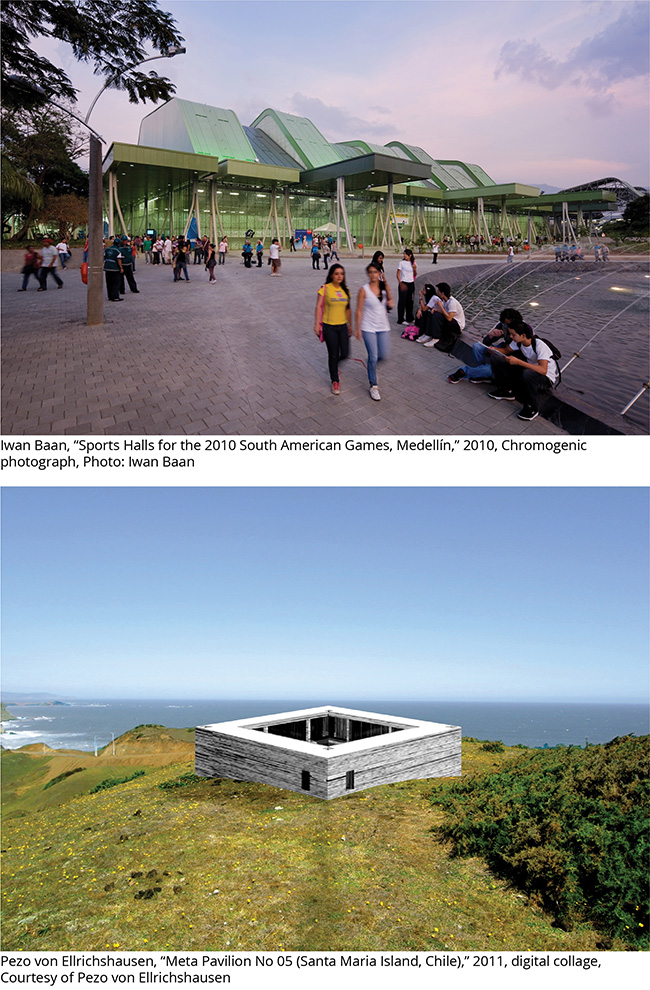 Seeing the bold, inspiring design innovation taking place in South America begs the question, What projects can local firms in Pittsburgh do to fill “the powerful public role of architecture and urban design?” Pittsburgh in essence has the opposite problem from South American cities. Since the mid 20th century our population has been cut in half, leaving us with 30,000 vacant lots… or perhaps 30,000 places in need of ‘urban acupuncture.’

One thought on “Seeing the Impact of a Public Architecture”