Greg Dutton and Matt Diersen, AIA of Midland Architecture have had a long working relationship with interior designer Leanne Ford, completing many residential projects, both in Pittsburgh and Los Angeles. In fact, one of their first collaborations was just awarded Best Kitchen Renovation by Pittsburgh Magazine.  So when Ms. Ford, along with her carpenter brother Steve, was looking for an architect to help with the technical aspects involved in bringing the ideas to life for their new renovation show, they reached out to Midland to collaborate.

The pilot episode of Restored by the Fords aired in December on HGTV and after a well-received first season, a second season has already been green-lit. The show features types of homes that you see all over the city from early 1900’s rowhouses to 60’s suburban ranches. Restored by the Fords raises the bar on the expectations for how these houses can be transformed.

“As you can see in the show, Leanne is pretty fearless in her approach; and a lot of the ideas are technically challenging. So part of what we do is lend a hand to guide them through how to make those ideas feasible,” says Dutton.

According to Dutton and Diersen, the projects are more demanding than a typical interior renovation. For one, the project timelines are condensed, sometimes with as little as an 8-week turnaround from the time of the first client meeting to the time when construction is completed.  This challenge is also an asset, as it’s fulfilling to see the projects come to fruition so quickly.

It can also get complicated because the projects are fulfilling two roles: it’s a renovation project, but it’s also a television production, so there are more considerations to take into account.  In architecture, there is the client schedule but in television, there is also a production schedule. During construction, you’re not just considering the contractor’s needs but also the producer’s needs.  And that can take a lot of juggling between the two. 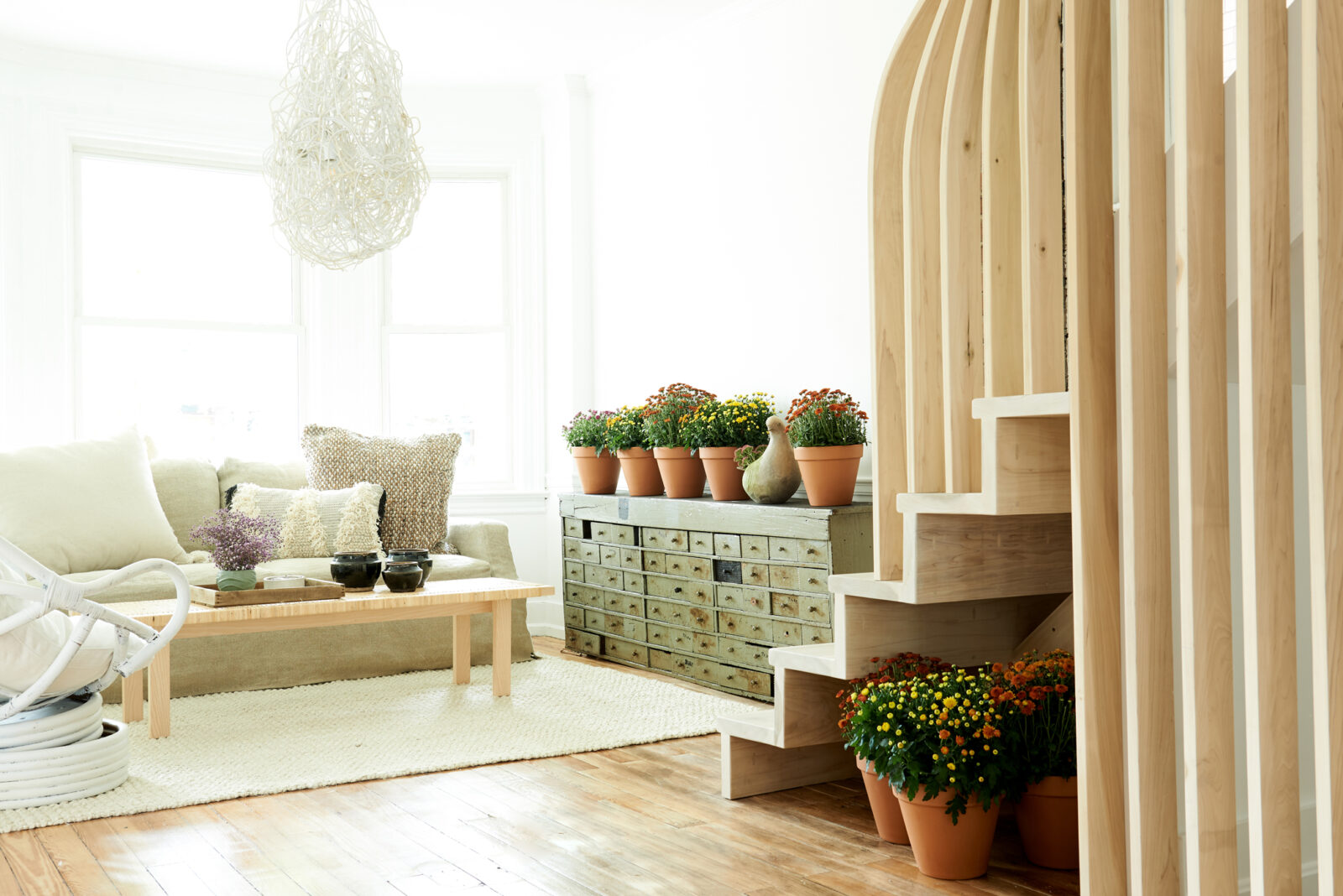 When asked about the best part of their involvement with Restored by the Fords Dutton and Diersen highlighted the fun of working with Leanne and Steve and said it’s exciting to be a part of something that puts Pittsburgh design in a national spotlight.  The duo also pointed out the great local craftsmen who are also getting a moment in the spotlight from the show.

As a young architecture firm, their involvement in the show has definitely helped get the word out. Potential clients reach out directly from having watched the show.  “Which is great,” says Dutton, “we have a lot of cool projects on our boards right now.  I’m excited for those to see the light of day over the next year.”

2 thoughts on “Restored by the Fords”