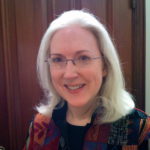 It is with great sadness that I write to you about the untimely death of my business partner and friend, Paula Maynes, AIA, who unexpectedly passed away on Tuesday night from a brain aneurism. She was just 54 years old.

Each of us who had the honor of knowing Paula appreciated what a remarkable woman she was. Our relationship was evidence of that. We married after meeting at Carnegie Mellon University, had our son, then started an architecture firm so Paula could be a stay-at-home mom. Even though we divorced and married other spouses, we continued to manage a thriving architectural firm and maintain a lasting personal relationship throughout our lifetime.

As a woman architect in Pittsburgh, Paula was peerless. She was a former president and board member of AIA Pittsburgh, former secretary and chair of government affairs for AIA Pennsylvania, former chairwoman of the Western Pennsylvania Construction Legislative Council, and the managing principle of our firm, Maynes Associates. Throughout her career, Paula was a strong advocate of women in the profession of architecture. She was soft-spoken yet tenacious when supporting architects and architecture. Many of the women Paula mentored over 20 years are principals of firms today.

In our work at Maynes Associates, Paula believed we were hired to make our clients’ lives easier. That started by approaching each person involved in the delivery of a project as a team, including the client at one end and the contractors at the other.  The team concept has become so ingrained in our firm’s DNA that I have difficulty thinking about separate entities.

Paula did not condone egocentric stylistic solutions or object architecture.  We agreed that each piece of architecture is unique and is a response to the context, site, program, movement, community, budget, image, and other needs.  The style of architecture is a result of paying patient and careful consideration to these items, with materials and forms selected for environment, context, and programmatic need.

Paula intentionally formed lasting relationships based on her inherent respect for people. We have worked with many of our clients over a period of many years and several major projects. Paula also maintained relationships with her colleagues. Paula started her career at the Department of City Planning in Pittsburgh with Caroline Boyce. Years later they worked together again when Caroline was executive director of AIA Pennsylvania.

Paula’s talent for bringing people together extended into our personal lives, too. In recent years, holidays at Paula’s home would include her and her husband, Bob Smith, our son Billy Maynes, myself and my wife, Bob’s ex-wife Sandra, and their two children. Who else but Paula could gather such a seemingly incongruous group and make it an enjoyable celebration festive for all?

Paula has had a profound impact on my life – both professionally and personally – and I will miss her. Yet, Maynes Associates will continue to deliver excellent architectural projects that respond to our client’s needs, as Paula would want.

Remembering Paula:
I’ve known Paula for 16 years, first working together on several Port Authority projects, and then serving for both AIA Pittsburgh and AIA Pennsylvania. Paula was one of the nicest people you would ever want to meet. She was thorough, engaging, intelligent, and kind.

She was a master at her profession; she could work with absolutely anybody, was always able to create a feeling of team membership within a group. She was firm with her beliefs, be they technical, policy-based, or other, but she was also the person who could resolve any conflict. Just the sound of her voice was calming.

Paula successfully managed every aspect of her life – she raised a wonderful son, was a founding owner/partner at her firm, active member of her community, and her contributions to the AIA were numerous. She served as chairwoman of the AIA Pennsylvania Government Affairs Committee during the same time that I was the AIA PA chapter president. My office paled in comparison to the role she needed to play as chairwoman, and she did it superbly!

I count Paula as a close friend and am happy to have been able to spend the times together that we did. She was just one of the nicest people on this earth.