An Architect Ahead of His Time 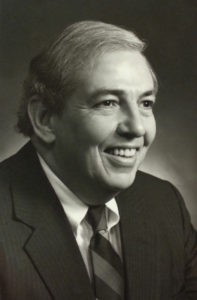 G. Thomas Williams, FAIA (Tom), a leader in the Pittsburgh architectural community throughout the 1960s, 70s, and 80s, and a founding member of WTW Architects, passed away on Sunday, May 8th, 2016.

Upon graduation from Rensselaer Polytechnic Institute with a Bachelor of Architecture in 1952, Williams joined Mellon Stuart as a draftsman, working under William H. Young & Associates together with Tom Trebilcock; Paul Whitehead join the duo in 1957. Upon Williams becoming a Registered Architect in 1959, the trio struck out on their own setting up the practice in the Republic Building on the North Side. Initially known as G. Thomas Williams and Associates, the firm name became Williams Trebilcock Whitehead in 1961 when the latter two earned their architectural licenses. Always known as “WTW Architects,” the name became official in 1989.

William’s first major project came when Mobay Chemical Company commissioned WTW and Mellon Stuart to design and build its first building on the Parkway West in 1959. This began a 40-year relationship with WTW master planning and designing nearly all of the Pittsburgh headquarters site for what later became Bayer Corporation.

In 1964, WTW was commissioned to design the New Kensington campus for Penn State, a client that WTW continues to serve today. In 1965, WTW designed the South Campus for Allegheny County Community College, later an AIA 25 year award winner.

In the 1970s, he led WTW in designing of over 70 office buildings in Pittsburgh, a major portion along the Parkway West, including Foster Plaza in Greentree. In the late 1980s, Williams teamed with Ellerbe Becket to provide design for healthcare clients, including Shadyside Hospital and North Hills Passavant Hospital.

Williams’ passion for respecting and repurposing historic buildings led to a series of renovations of old warehouse buildings into offices. In 1983, he convinced a small group of investors to purchase and renovate what was originally a timber sawmill built in 1880 on the North Shore into a modern office building that today remains WTW’s home.

“Tom had a particular passion for our historic buildings,” recalls Rich DeYoung, FAIA, principal of WTW Architects and longtime friend and colleague. “An early member of Pittsburgh History and Landmarks, Tom led the renovation of the old North Side Post Office, then the transformation of several of Pittsburgh’s historic warehouses into second lives as vibrant office buildings, including Commerce Court at Station Square, Fort Pitt Commons, Four Northshore, Timber Court, and the Hartley Rose Building on Firstside. The restoration work on the Carnegie Museums in Oakland was a very special project for Tom.”

An early advocate for collaboration between the architect and builder, Williams was a leader in developing a cooperative design approach that has led to design-build and what is now known as an integrated design process. His collaborative approach led WTW to associate with major national architects in the design of Fifth Avenue Place and Heinz Field.

“In many ways, Tom was way ahead of his time as an architect,” says DeYoung.  “He understood the important value of engaging the contractor in a very meaningful way in the overall process to accomplish quality design.  Much of what Tom advocated was the basis for what we know as Integrated Project Delivery (IPD) today.  That collaboration engaged all design professionals, contractors, subcontractors, and owners in a comprehensive way.”

Always a strong advocate for the AIA and its importance to the profession, Williams served as President of the Pittsburgh Chapter in 1973. He went on to become recognized by the AIA as a Fellow in 1983 for his work in advancing the profession. A dedicated mentor for young architects, he helped spur the careers of a large portion of Pittsburgh’s architects and their practices.

“Tom was an avid proponent of the AIA, encouraging every architect he knew to not just join the AIA, but to actively engage furthering the profession through the AIA, including its relationship with the MBA. His mentorship and training launched a significant number of firms still practicing in the region today.  Personally, I am indebted to Tom for installing this sense of responsibility for the profession in me, which ultimately led to my leadership on a national level in the AIA … and for teaching me one of his great passions, fly fishing!”

Tom Williams retired to a home he built on the Outer Banks in North Carolina in 1997, wintering in his Naples, Florida home.