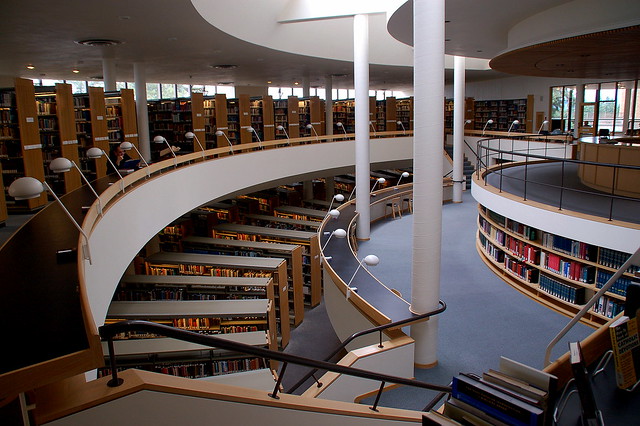 Architects often make the mistake of believing that everybody thinks about architecture the way we do. We might be better served to focus on the views of others. Architects who want to be relevant cannot afford to exclude any of these possible meanings.

Most architects tend to roll their eyes at ‘architecture as consumer product’ given the high costs of buildings and their long-term impact on the public realm related to health/safety/welfare.  The narcissist in us sort of likes seeing architecture mentioned with music, film, art, entertainment, and other high profile, if not always socially relevant, fields. Some of us wish media would stop treating architecture this way and recognize that creating a building is a team sport that takes large groups of designers, engineers, builders, owners, stakeholders, and financers – not one celebrity architect. But we know better than to think we could change the media-fueled ‘cult of personality’- and we want architecture to get publicity because we hope the public will appreciate its value. 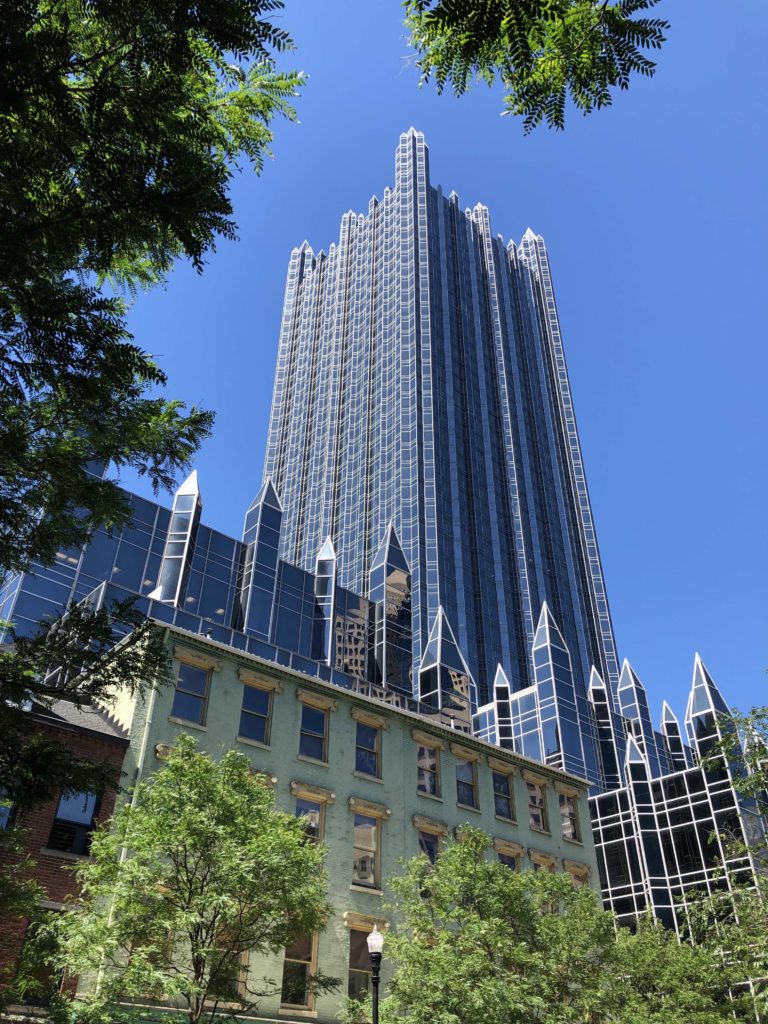 ‘Architecture as real estate’ bothers some architects who hold culture, art, and the public good as higher values than capitalist economic gain. But the majority of clients with money to build buildings see architecture as an investment product, so we pragmatically accept the category. Visionary developers like Gerald Hines recognized in the 1980s that doing ‘good architecture’ increased the value of the investment. Prior to that, most developers only sought ways to make buildings as cheap as possible. Hines changed the mindset, but his meaning did not veer from ‘architecture as real estate’. He just took a more comprehensive view of how to create monetary value. Today ‘sustainable’ architecture is often seen as more valuable from a real estate perspective; does that make an investor an environmentalist? Perhaps it doesn’t matter, so long as the results contribute to the public good.

I prefer ‘architecture as real estate’ for a different reason. If we are successful in this category it means we probably designed close to the budget, and being fiscally responsible with our client’s money is a moral as well as a business imperative. Designing to budget is difficult. Architects have minimal control over the building making process (because we don’t control the money) even though we carry significant professional and legal responsibility. Mostly we have influence. Second, buildings are incredibly complex and are getting more complex exponentially as technology advances. This complexity often disguises significant project costs. Many of our celebrity architects are famous for ignoring budgets and blowing past them many times over, and it is one of the more unfortunate reputations architects carry (whether fairly or not) within the building industry.

Most architects embrace ‘architecture as useful tool’, depending on how we define ‘useful tool’. Louis Sullivan made ‘form follows function’ a meme; knowing Sullivan’s work, he did not intend that buildings be devoid of form. It is interesting that over the years some engineers, builders, and owners have altered Sullivan’s original meaning. For them ‘form follows function’ really means ‘form doesn’t matter’; at best it might be a ‘nice to have’, but not a ‘must have’.

Finnish architect Alvar Aalto was an insightful critic of the functionalists. His article from 1940, Humanizing Architecture, was one of the most subtly profound writings I read in school and helped shape my priorities as an architect. Rather than argue for bringing back ‘beauty’ as it had been addressed prior to the modern movement, he argued for expanding the definition of functionalism – and in the process made one of the clearest statements for ‘human-centered’ design. He implied that the only reason to build is to accommodate human activity – functionalism, therefore, has to consider all aspects of human psychology to be truly functional, including our basic human need for beauty. He emphasized initial steps towards functionalist humanism through a deep understanding of ergonomics and how people interact with their surroundings. He was aware that humans are more complex than 1940 social science understood, and that architects had to elevate their knowledge of people and how they interact with buildings.

Most functionalists take an overly simplistic view of functionality/utility. If something ‘works’, even marginally, then they say it is ‘functional’. They see functionality as binary, either/or. But like almost everything else, I see utility as a matter of degree occurring on a spectrum. The question is not: does it work, but rather: how well does it work? In how many ways does it work; on how many different levels of human experience does it work; can it work better; can it work more elegantly? Research suggests that objects that are considered ‘more beautiful’ are perceived by users as ‘working better’; that is, form enhances function. An obvious example is the iPod, the first well-designed, beautiful to touch and see MP3 player, which sold millions even though it cost more than its competitors. The other MP3 players functioned adequately, but they were clearly not adequate once the iPod was introduced. 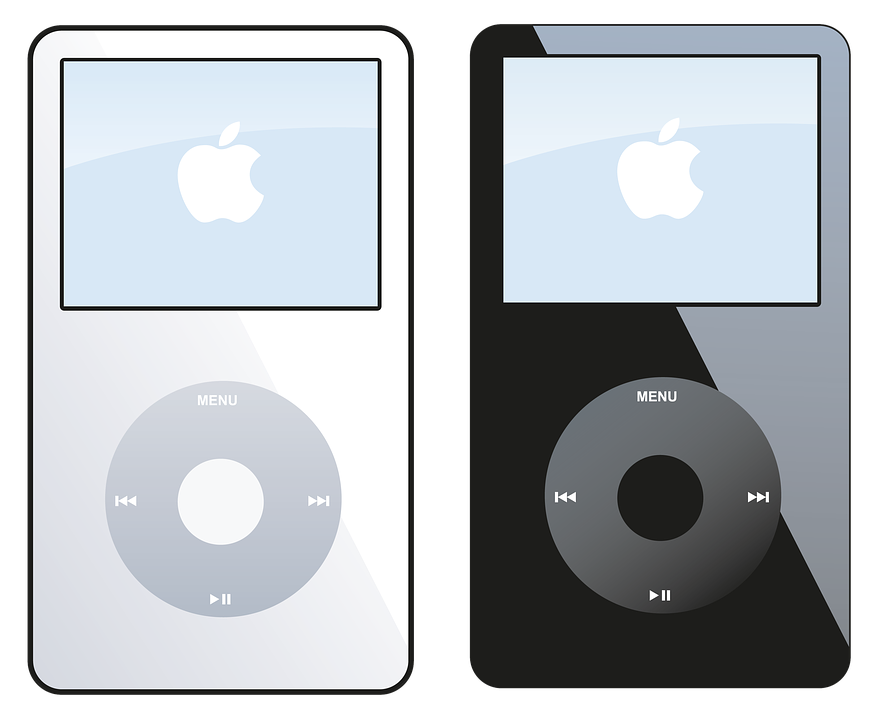 A major part of an architect’s training is learning about the great works of architecture. We learn in school that great buildings become emblems of culture and civilization, and thus ‘architecture as societal expression’ is a meaning that is deeply embedded in most architects’ subconscious. I still believe deeply in the power of architecture to embody human civilization’s best aspirations, but admit to having attended architecture school, so take my belief with a grain of salt.

The study of great buildings and the related study of famous architects and their patrons is obviously a necessity for architectural education, but it has its unintended consequences. Many architects come to believe that every project they work on should be the next Fallingwater or Bilbao Guggenheim, and when those aspirations are not shared by the client, frustration and misunderstandings arise. This is because we confuse clients with patrons. A patron is someone who-often for self-serving reasons gives an architect freedom to ‘make a masterpiece’ with the patron’s name on it. Clients have a different mission, and the architecture is a means to their end, not an end in itself.

I have come to terms with this situation and recognize that I have clients and that my job is to make something great within their constraints [budgetary or other]. Orson Wells said that constraints are the artist’s best friend and I find his position both true and comforting. I have been fortunate to have worked for a lot of great clients. I’m pretty sure that I haven’t worked for any patrons, and I’m at peace with that.

For me, the most important meaning is ‘architecture as experiential setting’. It started with the writings of anthropologist E.T. Hall and psychologist J.J. Gibson, both of whom were introduced to me in school. The ideas of people like Hall and Gibson, along with architects like Aalto, became important to me in the context of a deeply troubling conversation. I was sitting in a professor’s office along with a couple of other graduate students when the question came up: why don’t architects get paid like lawyers and doctors since it takes about as much schooling and interning to become a licensed architect as a lawyer or doctor? 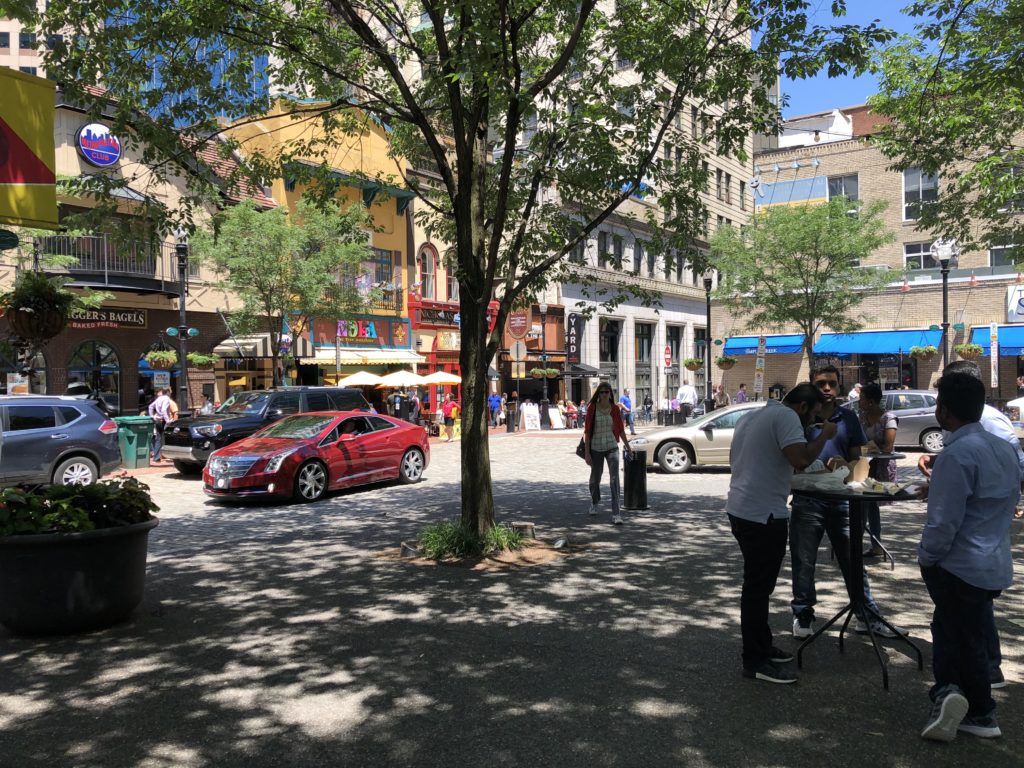 The answer hurt. It went something like this: architecture isn’t seen as critical the way law and medicine are. When you need a doctor or lawyer it is potentially life-changing; for architects, it is not seen that way. Most people think architecture is for rich people, and architects are just servants of the 1%. The cliché is that architects come from wealthy families, usually, a second son, who won’t inherit the estate, becomes a ‘dilettante’ architect. Further, if you don’t come from money (or haven’t married into money) you probably won’t have the connections to ever be as successful as an architect with social standing. Nobody really recognizes the impact our surroundings have on our quality of life, so it is not seen as relevant. The common view is that architecture is a luxury, not a necessity.

Naively I think I chose not to believe this. I had learned enough of the ideas of Gibson, Hall, Aalto, and others to believe that architecture is for everyone and every building, not just the 1% – that it can make a difference in anybody’s quality of life and that what architects do is socially relevant. My journey as an advocate for architectural relevance had begun.

These ideas about the impact our surroundings have upon us are not new; Winston Churchill famously said ‘We shape our buildings, and thereafter they shape us’. There was a strong, if naïve, belief among many early 20th century modernists that ‘utopian’ architecture by itself could make people ‘better’. Several famously failed experiments based on wrong-headed ideas about human nature nudged many architects away from social agendas towards obsessions with style and theory that were central to post-modernism, neo-rationalism, deconstructivism, and various similar sometimes spurious intellectual speculation – often resulting in buildings that today seem ridiculous.

From my perspective, things started to change at the turn of the century, with a renewed interest in environmentally sensitive design epitomized by LEED, which was introduced in the 90s, and the formation of the Academy of Neuroscience for Architecture (ANFA) in 2003. I was fortunate to attend a ‘blue ribbon’ conference on ‘Building Performance’ at AIA National HQ in DC when John Eberhard shared the plan to announce ANFA at the national conference on architecture in San Diego later that summer. These events signaled a significant change.

Sustainable design can be seen as a focus on how buildings impact the environment and human-centered design as a focus on how they impact people. Design firm IDEO became a household name at that time through their feature on 60 Minutes. They were part of an industrial design/software design movement called Interaction Design, a design approach that shifted the focus from designing devices to designing the interactions between devices and their users, also known as UX, or User Experience. We can again turn to the iPod as an example of this mind shift in design approach. Its success was partly because of its beauty, and partly because of its interface. These changes coincide with the rapid advancements in computational power, information technology, and machine intelligence that is today changing the world, and buildings.

While ‘architecture as experiential setting’ is perhaps seen by many as the current trend, it is not new. All great architecture is experiential; it enriches us physically and emotionally. Nicholas Negroponte is an architect who founded the MIT Media Lab, recognized today as one of the most innovative research incubators on the planet and explored the issues of interactive architecture starting in the 1960s. E.O. Wilson introduced the Biophilia Hypothesis in the 1980s, which describes our innate desire to be in natural surroundings and nature’s positive effects on our health. Currently, we are seeing the emergence of ‘design for wellness’ which I recognize as an extension of Aalto’s, Wilson’s and Negroponte’s research, among many others.

Architecture will always be understood differently by different people. Prudent architects will be more effective to the degree that we can embrace all these meanings and move fluidly from one to another, particularly by influencing our clients who make the decisions that alter the built environment for good or ill. While it is not easy to integrate these different points of view, our attempts to do so will make us better and our efforts to make these different meanings of architecture explicit can help elevate its relevance as a component of the greater good.

Jeff Murray, FAIA is a Senior Vice President and Market Leader with Cannon Design providing design leadership for complex projects supporting scientific research. He is a member of the College of Fellows of the American Institute of Architects (FAIA) recognized for his innovation in the design of research facilities for a wide spectrum of scientific disciplines with a focus on how design impacts human performance and collaboration.

One thought on “The Many Meanings of Architecture”