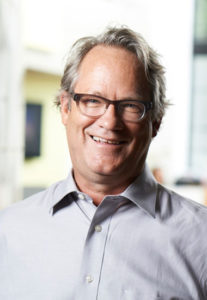 Gary Carlough, AIA, a continuous force for good design and community revival, passed away on June 29th, 2014. He was one of the managing partners of GBBN’s Pittsburgh office and lead designer on countless projects in the Pittsburgh community. Gary founded EDGE studio in 1995 and together with his wife and partner, Anne Chen, AIA, led the office in creating award winning design. Through his commitment and passion for good design, he led numerous projects that have greatly impacted the Pittsburgh community such as the Gateway Light Rail Station, the PNC Legacy Project, the Swanson School of Engineering at the University of Pittsburgh, and the Carnegie Library of Pittsburgh.

Born in Bethlehem, PA, Carlough attended school in Grosse Isle, MI and then heading to the University of Arizona where he earned a Bachelor of Architecture. He later studied at the Architectural Association in London. In the early nineties Gary opened a private practice and ultimately founded EDGE Studio. A professor of Architecture at Carnegie Mellon University for over twenty years, Gary was a devoted teacher and mentor.

“I was fortunate to work under Gary’s leadership at EDGE studio for close to ten years,” recalls AIA Pittsburgh president Jen Bee, AIA. “He was a supportive mentor and a caring leader.  Through his steadfast passion for good design, he spearheaded countless projects that greatly impact communities within Pittsburgh and beyond.

“He made it fun to go to work with his engaging (and humorous!) stories.  His enthusiasm for thoughtful design was contagious.  In our discussions about projects, the entire office became excited about what a building could be, pushing limits beyond the expected and breaking through into new ideas about buildings and the people they serve.”

A resident of Pittsburgh since the early seventies, Gary was passionate about the cultural and civic life of the city. He served on the board of Quantum Theater and on the Design Committee of the Pittsburgh Cultural Trust.  His designs are featured throughout the nation and can be experienced in and around the Pittsburgh landscape. His work was often published and has won some of the most prestigious awards in the industry.

“Gary might not have taken himself too seriously,” admits Anne Swager, Hon. AIA, “but he certainly took the task of good design very seriously.  His firm has won many design kudos over the years and made a positive contribution to the neighborhoods and city.  By locating his office in Garfield at a time when the neighborhood was undiscovered and quite rough, he demonstrated his belief in the community’s future and through numerous projects he started a resurgence for the area.”

He is survived by his wife, Anne Chen, sons Todd Carlough, Hall Carlough (Michael Kriak) and Xing Carlough, brother Ken Carlough, and sisters Kelly Fleming (Bill) and Amy Weickert. He is also survived by godmother, Joby Stracka as well and nieces, nephews, and other loving family.

Carlough’s belief in this city and his creation of the great design he felt it deserved will resonate for years to come.