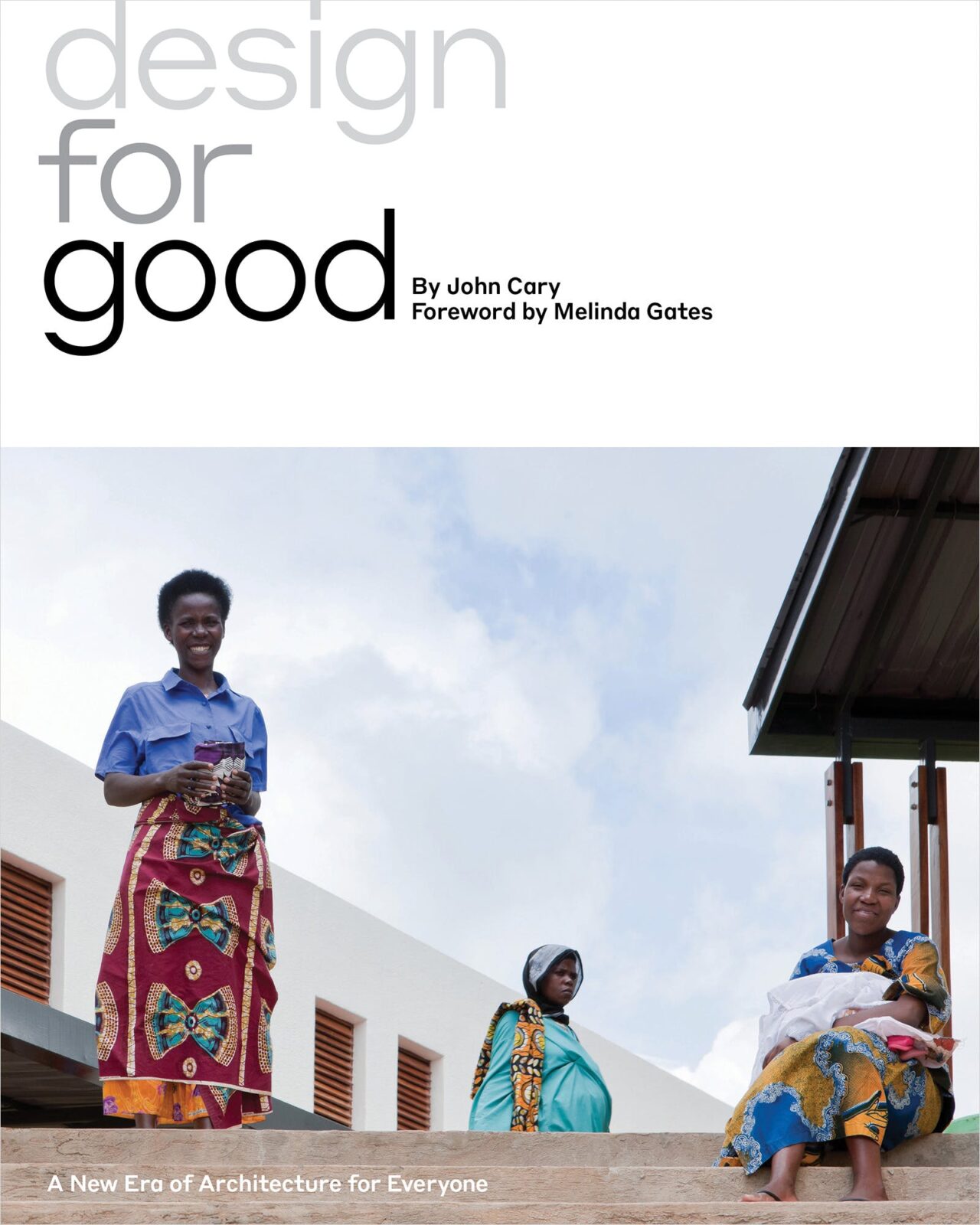 This is a book about stories – remarkable stories –that are primarily about people and secondarily about satisfying design projects. The stories tell us of projects that came to fruition because people had the will to make them happen. We learn about architects who realized that their mission is designing for social justice. We discover the individuals engaged in nonprofit or nongovernmental agency work that the designers have partnered with in moving these projects forward. Most importantly, we learn about people who have been directly affected by the projects described in the stories.

Author John Cary is an architect by training and an advocate for architecture born of, and contributing, to social change. Cary is also a writer and speaker who curates and hosts events for TED and other entities and is the founder of FRESH Speakers, Inc., a next-generation speakers bureau. For seven years, Cary was executive director of nonprofit Public Architecture, which became the largest pro bono design program in the world. He brings a unique understanding of the complexities of projects intended for social improvement.

Design for Good discusses ways that design can reach the socially marginalized. These may include people living in poverty, dealing with substandard healthcare, facing sexual orientation and gender identity issues, in homeless situations, or living in a rural area with limited access to amenities and building technology.

The book is a series of case studies of projects organized under several larger headings such as If It Can Happen Here, Spaces That Enlighten, and Raising Expectations. Common themes include listening to users, being inclusive of local labor, and incorporating local materials whenever possible. Repurposed materials are often featured. Frequently appearing terms are dignity and dignify privacy and security. Cary cites projects from all over the world, including Africa, China, and the United States, where, for example, an Arkansas clinic was constructed for $65 per square foot.

These types of projects often rely on systems and strategies promoted by sustainable design standards such as LEED because of scarce or erratic infrastructure. We see that resilient design considerations are important in places like Haiti and much of China, where earthquakes and other natural disasters are more likely to occur. The designers of one of the case studies, Rural Urban Framework (RUF), a nonprofit research initiative within the University of Hong Kong, has posted to their website: “We hate excess. We revel in low budgets and minimal resources. We work in areas which have limited access to technology, materials or construction expertise.”

Design for Good is cleanly laid out and the many beautiful color photographs give the reader a feel for the soul of the projects. There is an implication that many of us architects become jaded in our work and are in some ways too close to the problems and perceived reasons why an idea won’t work. Architect Michael Murphy, one of the founders of MASS Design Group, reflected wistfully on the halcyon days of their first project, the Butero Hospital in Rwanda, “I love that there was a naïve, ambitious, whatever-it-takes-attitude in the early years of the hospital.” What Murphy learned by working side by side with his dying father, renovating his father’s home, was that “buildings are not simply shelters to await certain death,” but instead “the bones that gird our ability to live and the spaces that drive us to survive.”

MASS, as a nonprofit, will at time design buildings pro bono as well as take responsibility for raising the capital construction cost. Alan Ricks, a co-founder of MASS, recalled how the Butero Hospital became not only an opportunity but also an epiphany for him: “I still think I learned a lot in grad school and that design pedagogy is meaningful as a way of interrogating problems and thinking about things in a different way. What was missing was the application: where do we turn this into something that can improve people’s lives?”

Mike Alvidrez is head of Skid Row Housing Trust in Los Angeles. SRHT built and owns the highly successful Star Apartments for formerly homeless individuals. Alvidrez acknowledges the Housing for Health division within the LA Department of Health Services: “These crazy doctors think – and they have told us – that as doctors they can prescribe nothing better to improve the health outcomes of a homeless person with high health needs than supportive housing.” Alvidrez states that whether the residents consciously “get it” (the designer’s intent) or not isn’t as important as how they feel about themselves when they’re in the spaces. This type of thinking is a thread throughout the book.

Michael Maltzan, FAIA is the architect whose firm designed the Star Apartments. Prior to designing the Star Apartments, Maltzan’s firm had primarily been doing projects related to the arts. Maltzan notes, “I kept trying to look for a way to broaden the work and even to find places where it would seem less likely for architecture to exist.” The Star project “literally fell into my lap” and is noted (among other qualities) for comprising prefabricated components that were craned into place on top of an existing building housing a healthcare clinic. Maltzan also noted that, despite the efficiency in terms of materials and energy used, most manufacturers of prefabricated components seem to be located far from the place where the units are placed. “Sourcing locally,” Maltzan asserts, “is the job of the designer.”

Cary recognizes that a shared ideal throughout the case studies is the notion of designers giving people something all their own, in tune with their needs and desires – a building that people feel belongs to them. Cary recalled a quote attributed to Henry Ford, “If I had asked people what they wanted, they would have said faster horses,” Cary’s point is that it, in the end, it is the challenge of designers to help people imagine a better future and to expect more.

Architect Jon Lin, who spent some of his childhood years in Pittsburgh, is one of the founders of RUF. Lin notes that “schools and hospitals are buildings, but they are much more than that within the larger picture of the development of a community or region.” A thoughtful forward by Melinda Gates reminds us that great design is not a finite resource; it is a choice. The book concludes with a synopsis of five lessons as takeaways: 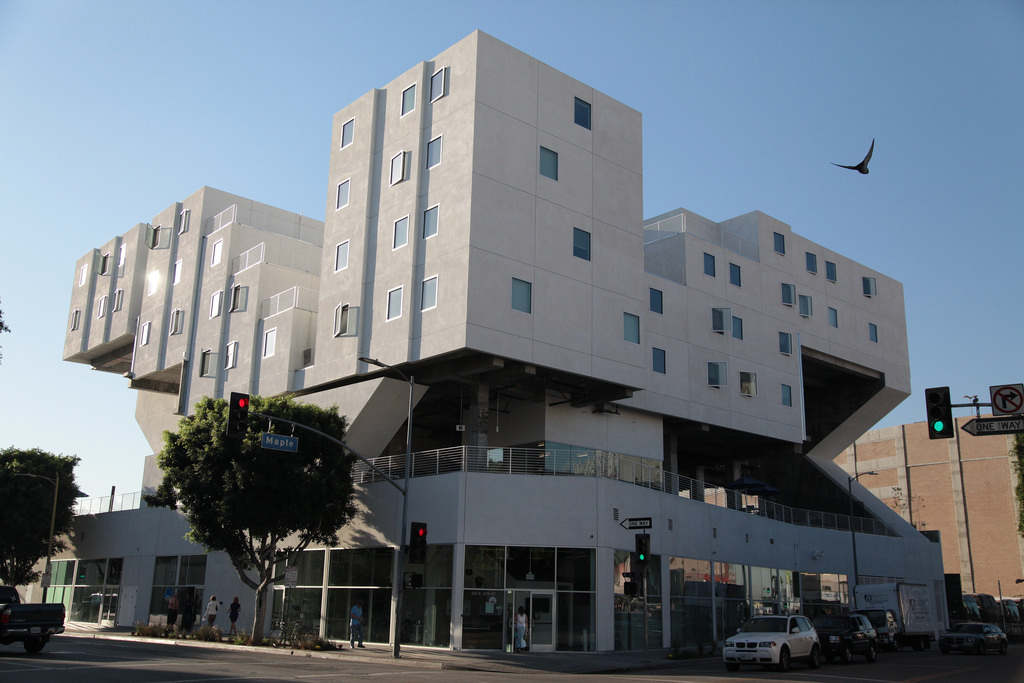