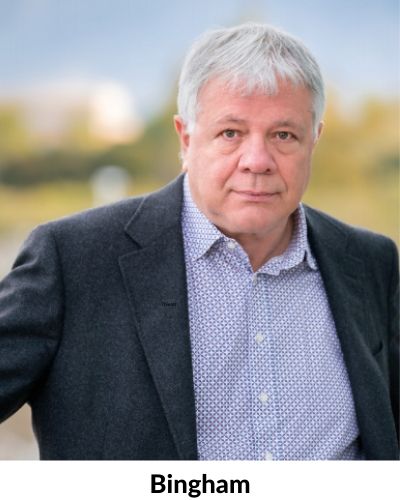 William Bingham, AIA and Cynthia Metzler are new members of the WTW Architects professional team.  Bingham has degrees from both the Yale School of Architecture in New Haven, and the University of Michigan in Ann Arbor, and has held positions with architectural firms in Beijing, Detroit, Omaha, Salt Lake City and Albuquerque. Bingham joins the WTW team on a project at the University of Pittsburgh.

Cynthia Metzler is the firm’s new Marketing Coordinator. She joins WTW from a similar position at Eckles Architecture & Engineering in New Castle, PA. She is a graduate of Thiel College in Greenville, PA and earned an MBA from Geneva College in Beaver Falls, PA.

Celebrating its 60th anniversary, WTW Architects has announced a series of promotions. “We believe these well-deserved promotions recognize the next generations of firm leadership that will continue WTW’s long history into the future,” according to Richard DeYoung, FAIA, WTW president and Chief Executive Officer.  Larry Payne, AIA and Warren Bulseco, AIA were both promoted to Senior Principal while Maria Kyriacopoulos, AIA, Amy Maceyko, AIA and Brian DiPietro, AIA were named Associate Principals and John Campbell, AIA and Derek Eversmann advanced to Senior Associate.

mossArchitects is proud to welcome a new designer, Dylan Stein, to its team. Dylan brings the Garfield-based firm to a staff of fifteen, with eight registered architects and four LEED certifications. Stein graduated from the University of Pittsburgh with a B.A. in Architectural Studies and continued on to receive his Master of Architecture degree from the University of Cincinnati in 2019. His interest in small scale, hands-on design has brought him as close as Pittsburgh, where he studied stained glass beneath a local artist, and as far as Copenhagen, Denmark, where he studied furniture design at the Royal Danish Academy of Fine Arts. The opportunity to be a part of the Pittsburgh revitalization has guided the Pennsylvania native back home, bringing with him a unique sense of design and materiality to the team at mossArchitects.

Allen & Shariff Engineering, LLC is pleased to announce that Timothy Moore has joined the Pittsburgh Office, as a Plumbing &Fire Protection Designer.  Allen & Shariff Engineering, LLC is a mechanical/electrical/plumbing/fire protection engineering and commissioning services company, with its headquarters in Columbia, MD and offices in Pittsburgh, Zelienople, and Salisbury, MD.

“We are thrilled to have Sung join our team,” Dennis Astorino, CEO and senior principal at DLA+, said in a statement. “His creativity, passion, forward-thinking and strategic philosophy all align perfectly with our approach, and his expertise significantly builds on the thriving sports practice we’ve established.  Before joining DLA+, Jung was an associate and senior designer with Rossetti in Detroit, Michigan.  He holds a B.S. in Architectural Engineering from Yonsei University in Seoul, Korea, and a Master of Architecture from the University of Michigan.

DesignGroup announces the opening of Mitchell Hall at Columbus State Community College, a new state-of-the-art,  student-run café and bakery opened Sept. 25.  The building will double Hospitality and Culinary Arts enrollment capacity to more than 1,500 students, features seven new teaching kitchens; a 100-seat full-service teaching restaurant and bar; a bakery and café; a 600-person-capacity conferencing center; a 100-seat culinary theater; a beverage and mixology lab; classrooms and other support spaces.  DesignGroup’s Principal and Lead Designer Michael Bongiorno, AIA has guided the development of this landmark building, which will play a significant role in defining the character of Columbus State Community College’s downtown campus. 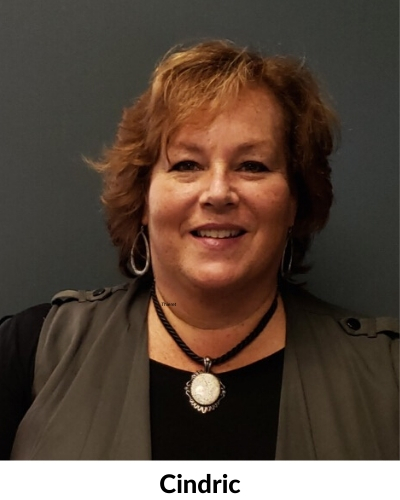 AE Works is excited to announce the appointment of Dawn Cindric, AIA to the role of Manager, Architecture in the firm’s Pittsburgh headquarters.  In support of the firm’s continued growth, this design leadership role will guide the architecture and interior design team, providing mentorship and technical oversight to ensure the successful execution of AE Works’ building projects throughout the company.

Bringing over 20 years of progressive building design experience, Cindric has provided leadership and management on high-profile private and public sector projects throughout the country. In her new role at AE Works, Cindric will champion architectural design expertise and leadership, supporting a culture where design innovation and technical craftsmanship thrive.