Astorino was recently named as one of the nation’s leading architectural and engineering firms by Engineering News-Record (ENR). The publication ranked Astorino at 433 among the country’s Top 500 design firms for 2012. The top 500 companies are ranked according to revenue for design services performed in 2011. Signs of the recession’s end can be seen in ENR’s Top 500 list. Taken as a group, the firms had overall design revenue of $85.06 billion in 2011, up 6.6%, from $79.82 billion in 2010. This uptick is reflected in Astorino’s improved ranking, from 499 in the previous year to its current placement at 433. The survey marks the first time in three years that the Top 500 experienced revenue growth for the year.

DLA+ Architecture & Interior Design has announce that Charles J. Shaw, AIA has joined the firm as a Senior Project Manager.  Shaw adds to the firm’s growing talent, and brings in more than 20 years of experience and expertise in the design and management of commercial, healthcare, and sports facilities. Additionally, Oxford Development unveiled a new redevelopment project in May designed by DLA+. The new Class A office property at the current address of 441 Smithfield Street will be re-launched as 350 Fifth Avenue, and will feature upscale dining and retail space. Two options are considered for the site – a renovation of the existing seven story building, and the construction of a new 33-story, 772,000 sf office tower.  Dennis Astorino, AIA, CEO of DLA+ remarks that “we have a long standing relationship with Oxford Development. We appreciate their commitment to working with Pittsburgh-based firms in the development of this significant and exciting project that will continue the rebirth of the Forbes-Fifth Avenue corridor. We are privileged to be a part of the team to design and construct a facility that will benefit our region’s economy on a number of levels –for years to come.”  Also during the month of May, principal Nick Doichev, AIA gave a lecture entitled “Working with Historic Buildings” At Indiana University of Pennsylvania. The lecture was part of The Interior Design Senior Portfolio Show 2012. It included case studies, and focused on the importance of understanding local, state, and federal historic review processes. 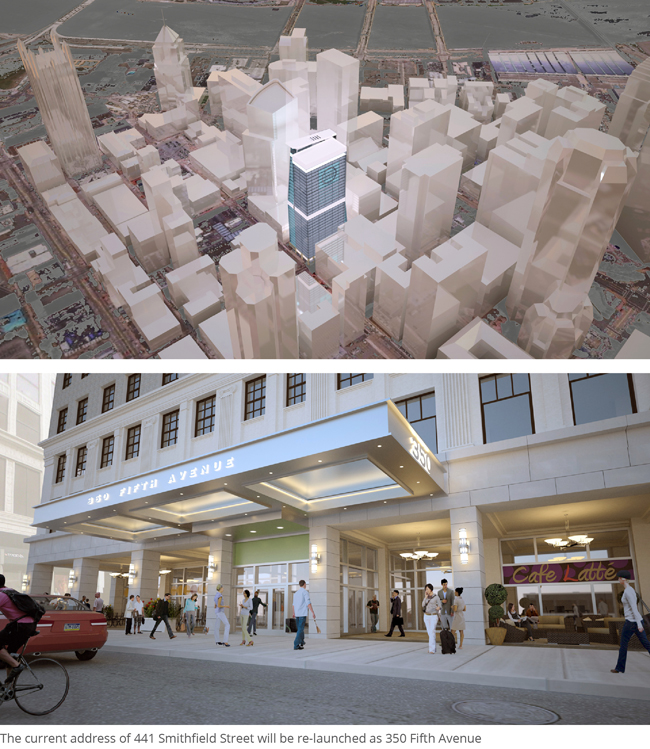 The Master Builders’ Association board of directors is pleased to announce the appointment of James Frantz to the position of chairman of the MBA Education Committee. Mr. Frantz is President of TEDCO Construction Corporation, a commercial construction company based in Carnegie, PA. “Jim is an excellent candidate to serve as the Chair of the Education Committee,” said Jack Ramage, Executive Director of the Master Builders’ Association. “His knowledge of the construction industry and his participation on the Associated General Contractors of America’s Education Committee will be beneficial to the MBA membership.”