Allen & Shariff Engineering celebrated its 15th anniversary in Pittsburgh this past May.

Celli-Flynn Brennan, Architects and Planners, is pleased to announce that Brian P. Roth and Eileen Macioce have become Associate Principals of the firm. Brian is in charge of the architectural management of complex projects and Eileen is responsible for office management, finance

Desmone Architects was the architect of record for the team that won ‘Best Metal Building’ from the 2015 Metal Architecture Design Awards for the Wendell August Forge, a manufacturing and retail business rebuilt after the facility was destroyed by fire in 2010. The project was also 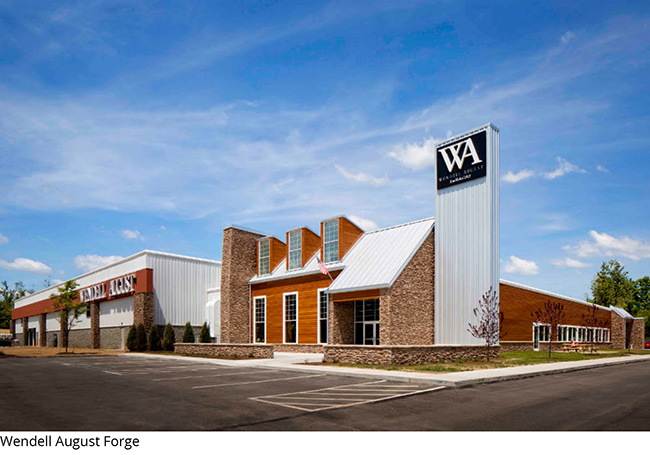 The Environmental Design Research Association (EDRA), in partnership with Project for Public Spaces (PPS), has recognized evolveEA’s work in Upper Lawrenceville, also known as Pittsburgh’s 10th Ward, with a Great Places Award. The Upper Lawrenceville Targeted Development Strategy was developed through a series of charrettes led by evolveEA in which the firm helped the community craft a neighborhood identity and a series of principles guiding future development to achieve the community’s long-term livability goals.

Two projects by FISHER ARCHitecture will be on display as part of the show ‘Towards a New / Old Architecture’ at the Susquehanna Art Museum in Harrisburg, PA. The show opens September 13 and runs through January 17, 2016, exploring “the language for additions to and renovations of the rich building stock in the Commonwealth of Pennsylvania.”

Lami Grubb Architects LP has changed its name to LGA Partners. After 22 years of steady growth, a successful merger in 2014, and an office move to the Uptown neighborhood earlier this year, LGA is taking advantage of both their long-term success and their recent exciting changes and rebranding as LGA Partners. They also have a new website, which can be found at lga-partners.com.

Habitat for Humanity of Greater Pittsburgh recently teamed up with Perkins Eastman for a in-house design competition at the firm to create an affordable green home design for a Habitat property in McKeesport. Three winning designs were chosen and will be used as a “kick-off point” and to help green all building practices at the affiliate.

Bea Spolidoro, Assoc. AIA of Rothschild Doyno Collaborative was one of ten recipients chosen nationwide for the Jason Pettigrew Memorial ARE Scholarship. As a recipient she will receive compensation for the entire cost of the Architect Regstration Examination and a full set of study guides. 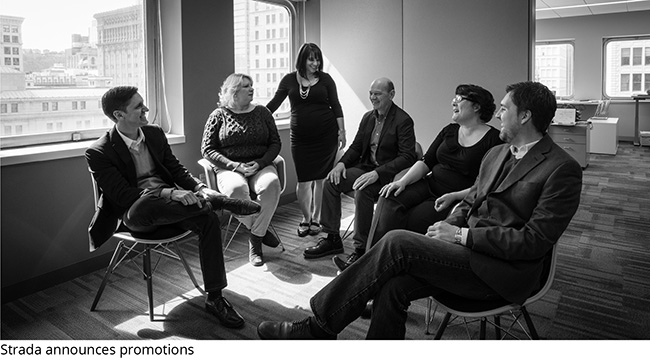 Strada has announced promotions within their firm to recognize talent and leadership. Sean Beasley, AIA and Mason Radkoff have both become Senior Associates, both having been with the firm since 2003. Rob Dower, Abby Mountain, and Claudia Saladin are now Associates, and Mary Jo Fullen has been named Office Manager. Strada has also announced that two projects were awarded the 2015 Willard G. “Bill” Rouse III Awards for Excellence from ULI Philadelphia for Fresh Corner Store Showcase Conversions and 3737 Science Center.