BBH Design has announced that Kaitie Gay has joined their firm as a Project Designer. Gay started her career at the BBH Design Raleigh studio as a student intern and joined the firm full-time upon graduation. She earned a Bachelor of Environmental Design in Architecture, a Bachelor of Architecture and a Minor in Landscape Architecture from North Carolina State University’s College of Design. Gay seeks information from benchmarks and applies her new found knowledge towards innovative design solutions. Gay is joining the BBH Design Pittsburgh studio in August.

Celli-Flynn Brennan, Architects and Planners, has been selected by the Community College of Allegheny County to assist CCAC in the preparation of a system-wide Facilities Master Plan encompassing the majority of the college’s campuses and centers. The development of this plan, which is being undertaken during CCAC’s 50th Anniversary, will guide institutional growth and the college’s development into the future. CFB has long supported CCAC and their continued commitment to student success, having first worked with the school back in 1967.

Desmone Architects has been named into this year’s Circle of Excellence among 64 of the nation’s top firms. For more than 40 years, PSMJ Resources, Inc. has been recognized as the world’s leading authority, publisher, and consultant on the effective management of architecture, engineering, and construction firms.

Ecodistrict planning has helped usher exciting changes for the Borough of Millvale over the past four years, including the establishment of a solar hub at the newly formed library and a soon to be launched food hub café and incubator. The Millvale EcoDistrict Pivot Plan was formed through collaboration between the Borough Council, Millvale Community Development Corporation, the Millvale Community Library and facilitated by evolveEA, with the goals to set sustainability goals and raise the community’s capacity goals to achieve them by connecting and aggregating local green initiatives, attracting investment and designing improvements to the borough’s infrastructure. Millvale’s Ecodistrict Pivot 2.0 Plan was completed this spring after another community based planning process  that attracted broad participation from residents, business owners, and stakeholders. Input came from key contributors like New Sun Rising, an organization that will soon occupy a newly renovated facility in the center of Millvale’s business district with the Launch Millvale food enterprise program. The Pivot 2.0 plan includes expanded community goals for Energy, Food and Water, as well as a broader focus that addresses Transportation, Air Quality and Equity.

Forte Building Science, a division of M.E Group, is pleased to announce that Pete Jefferson has earned the WELL Accredited Professional (WELL APTM) credentialing through the International WELL Building InstituteTM (IWBITM), placing them among a group of leading professionals who are dedicated to supporting human health and well-being in the built environment. The WELL AP™ accreditation is the new, leading credential signifying advanced knowledge of health and well-being in the built environment and specialization in the WELL Building StandardTM (WELL). As a principal with the firm, Jefferson has been with M.E GROUP for more than 15 years and is helping to lead their new Forte Building Science Division.

Jennifer Beck, AIA, recently joined the Hayes Design Group – Architects (HDG) as a Project Architect.  In this position, Beck will develop project parameters and schedules, direct construction document creation, and coordinate bidding and construction activities. Her first project is overseeing an elevator addition at St. Teresa of Avila Parish in Pittsburgh. Beck holds a Bachelors of Architecture and a Masters of Sustainable Economic Development from Carnegie Mellon University. HDG also celebrated National Arbor Day this past April by volunteering Falingwater. The day of service as the inaugural event of the firm’s “Adopt-a-Landmark program”. 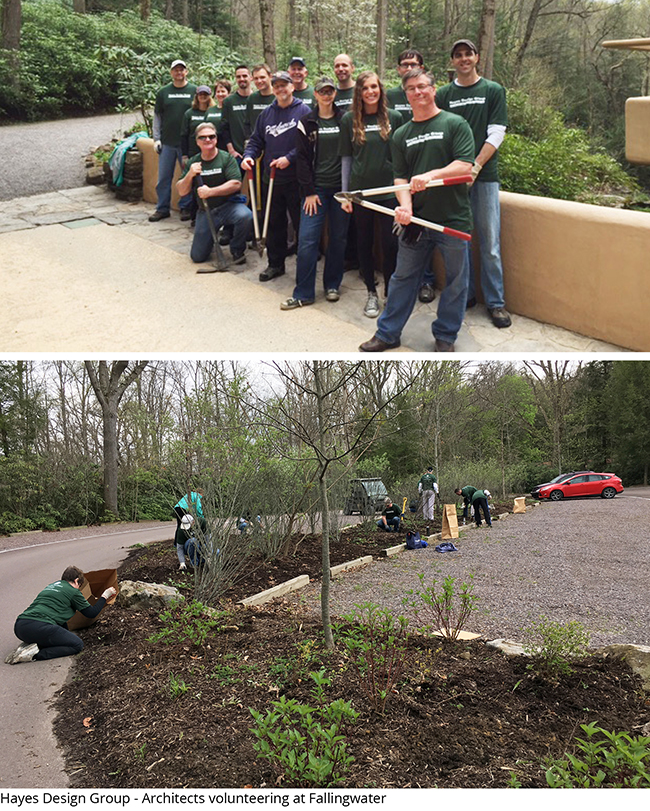 IKM Inc. celebrated with UPMC earlier this summer the groundbreaking on a new outpatient facility in Hampton Township. The facility will feature comprehensive care for children and adults, various rehabilitation therapies, primary care, advanced imaging services, diagnostic testing, and after-hours care for adults and children. The new center, based on the medical mall concept of convenient access to primary care services for patents in their own communities, is set to open in September 2017. 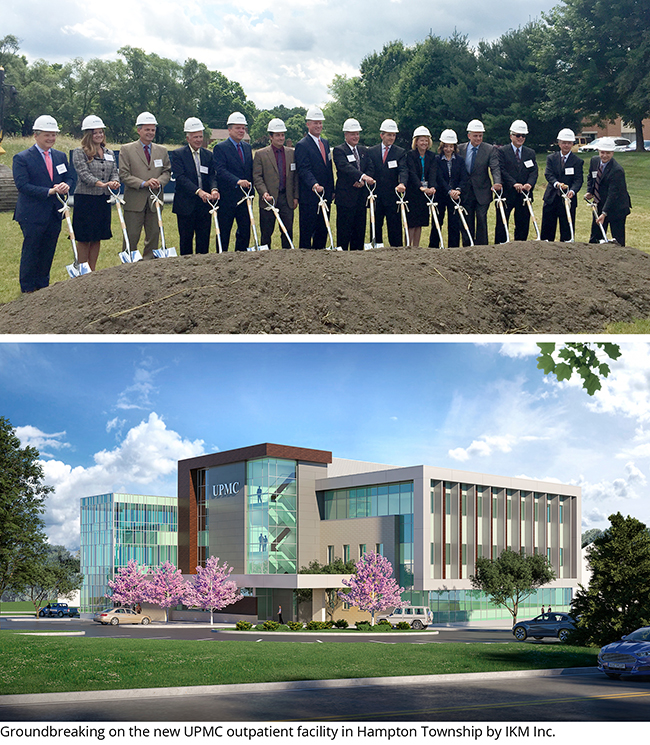 Jim Bischoff, AIA recently joined Nicholson Kovalchick Architects new Pittsburgh office as project manager. He brings more than 10 years of experience in architecture and construction. His previous design experience includes a range of project types including healthcare, higher education and commercial clients, such as the Mayo Clinic and Banner – MD Anderson. Bischoff was drawn to NK Architects for its focus on Passive House, ultra-low-energy design.

Rothschild Doyno Collaborative has announced that Melanie Buzgan Dower, AIA has been named a Director of Culture with the firm. In addition to her project leadership roles, Buzgan Dower has been enthusiastic in the firm’s efforts to continuously enhance its workplace excellence, culture, and brand. She has reinforced the culture for mentoring, expanded opportunities for collaboration, and helped foster the firm’s collective continuous improvement.

The firm has also recently welcomed Eli Gutierrez as its newest member. A graduate of North Carolina State University, she placed in several design competitions, including a national prize for the Concrete Masonry Unit Design competition. She moved to Pittsburgh from Laredo, Texas. And finally, Bea Spolidoro, Assoc. AIA has been selected as a jury member for the 2017 AIA Institute Honor Awards for Architecture – the highest professional recognition for achievements in architecture.

Last month an Erie County Greenways Grant was awarded to the City of Erie Department of Public Works for the Roessler Park Recreation Improvements Project. The proposed improvements include the installation of a new playground, play equipment, jogging trail, soccer area, and landscaping. The park plan was created by Brian Weber, AIA of Weber Murphy Fox, and is designed as an initial phase of an overall park master plan that stretches along the south edge of East 15th Street and spanning four city blocks from Parade Street to Wayne Street.