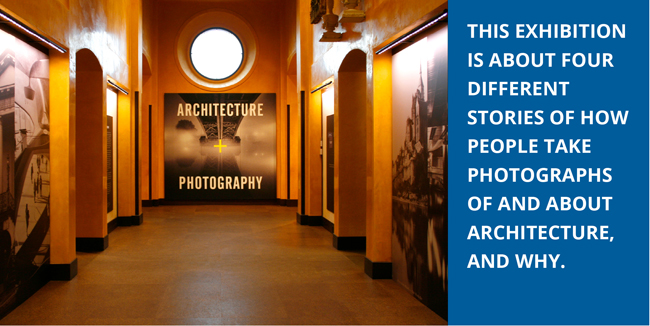 Currently on display at the Heinz Architectural Center is Architecture + Photography, an eclectic exhibition of architecture-related photos, organized in four sections. You will not learn everything about the photography of architecture, nor will you find a complete timeline, to explain all that happened from Daguerre to Photoshop. What you will find is a mesmerizing collection of great images that will let you think about photography, and discover places and architecture that can be interesting for anyone – not only architects or photographers. This exhibition is about four different stories of how people take photographs of and about architecture, and why. The viewers are invited to interpret them according to their own personal experience.

In the section “Photographing the World: The Carnegie Art Reference Set” the viewer is exposed to how people could access art and architectural images before the Internet. In the 1920s, universities and high schools were provided with Art Reference Sets, to let students see photographs of important sites and buildings (as well as paintings and sculptures) around the world. The Heinz Architectural Center has around 2,000 images of the Carnegie Art Reference Set, mounted on a simple gray cardboard, and has displayed selections from their collection. The photos, which were “tools” used regularly, are divided geographically. They mainly show buildings from the Western World. As  Assistant Curator Alyssum Skjeie noted, ”there was nothing from Asia, or nothing more eastern than Egypt.”  And as Curator Tracy Meyers said, “There were too many Italians (buildings)!”

The section dedicated to Italy, in fact, is quite big, and shows a lot of photos by “Fratelli Alinari”, which are really famous in Europe and quite a big chapter in the history of photography of architecture. Their photos were used for the same educational purpose in encyclopedias. In the early 20th century, the Carnegie Corporation purchased many images from all over the world, in order to create a large archive of visual knowledge.

The quality of the images is quite remarkable. People into photography will have a lot of fun studying the technical features. For the others, they can always pick their next vacation destination. 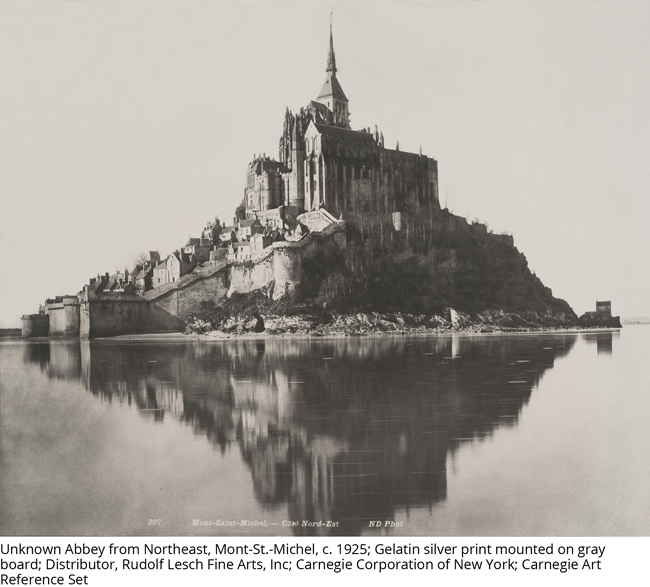 For modern architecture lovers, there is a collection of 12 photos by Ezra Stoller, a contemporary to Julius Shulman. His photos are crystal clear in the way they present the architecture and give you a good sense of the experience of the space. This section is probably the closest to the idea of Photography of Architecture that people could have.

The photos were commissioned by architects, and the selection presented is really appealing: amongst all, you will see the Finnish Pavilion, designed by Alvar Aalto (finally in a bigger scale; I have only viewed this in books, no bigger than 2”x1”) and Stroller’s interior photograph of the TWA terminal by Eero Saarinen. There is also a great shot of Fallingwater, taken from the water, and a photo of the Gugghenheim Museum in New York, with the unexpected presence of two nuns passing by. Stoller’s photos are intriguing because they are clearly designed and planned (he used to spend days in a building before shooting) but you can always find the unexpected detail. Quoting Roland Barthes, it’s a perfect example of ‘stadium and punctum’. 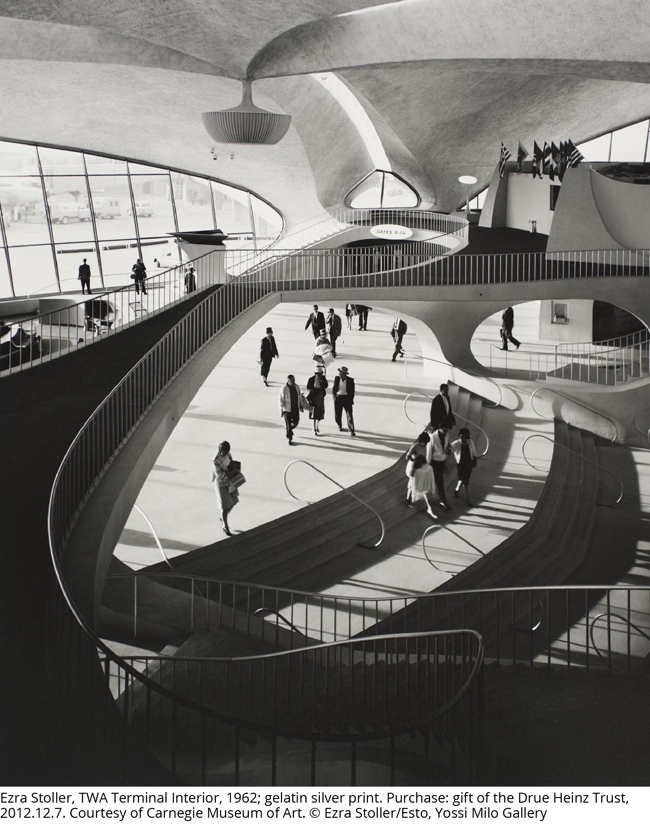 A section that brings with it a sense of fun, perhaps particularly for kids, is the presentation of a portion of the work by Frances Benjamin Johnston: Saving Charleston. Her work is part of the Carnegie Survey of the Architecture of the South. She took photos of old buildings – in Charleston, South Carolina – trying to make the viewers aware of the importance of preservation. The most interesting part of this room is seeing how the same buildings look now. Assistant Curator Alyssum Skjeie visited the city in 2013 to shoot photos from the same position as Johnston, discovering that many of the buildings hadn’t changed. In fact, some had even been carefully restored and preserved. It is entertaining to view, both for the bizarre typology of some buildings and for the effort in matching the original photos. 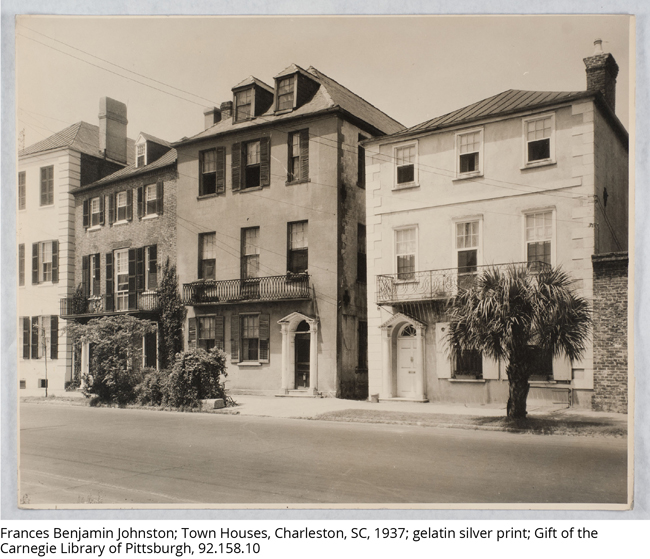 The final section – “The picture is the thing” – is different from all the others, in that it contains a variety of photographs in which architecture is mainly a backdrop for the subject of the photo. This room, the more wide-ranging, contains a lot of singular stories. Put together, they can represent the story of how we experience space through photography. You will find some photos by W. Eugene Smith (obsessed with Pittsburgh) as well as photos by Chris Shaw and his project based on his experience as a night porter in London hotels.  Then Mark Perrott and his work on prisons (here you will see the touching “E Block: Welcome home”) and many other photos from all over the world. 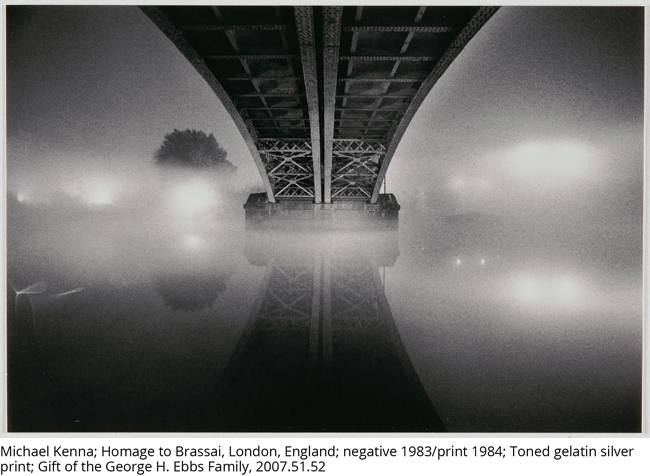 The exhibition opened on April 12th 2014, and will remain up until May 26th 2014. It’s a shorter exhibition, compared to the typical ones. Don’t miss the chance to see some good photos, in this time of compulsive consumption of disposable imagery.

2 thoughts on “Four Stories to be Seen”