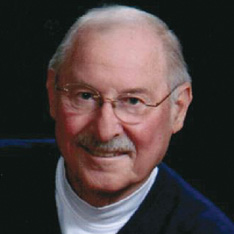 Over the past several years, you undoubtedly have read (both here in Columns and in other industry journals) about the significant challenges facing the profession of architecture. The unprecedented economic downturn has had a devastating impact on our profession. Many are questioning our ongoing relevance causing much pessimism about our future. Many baby boomer architects are beginning to retire while a shrinking number of young professionals are seeking accreditation. Simultaneously the industry is becoming increasingly more complex, causing a significant need for the effective mentoring of young architects so that they will be able to step up and take on the many challenges.  To help meet the ever growing complexities of projects and the demand for more efficiency in project delivery, higher levels of collaboration are needed but is terribly difficult to achieve in a day and age where there is so much divisiveness and polarization.

Unfortunately, our profession has recently lost a key ally and leader who, through his entire career and by his very nature, showed us by example how to best address these challenges and what it means to be a professional truly dedicated to celebrating the joy in architecture.  Frank G. McCurdy, AIA passed away peacefully in his home on Friday, October 12, 2012 (please see his obituary at the end of this article).

I had the incredible honor of working with Frank for many years at Burt Hill.  I witnessed firsthand his unflappable optimism, his passion and joy for architecture, and for life in general.  His optimism brought a steady hand to many stressful and difficult situations, always finding positives to build on while patiently leading and providing a calming influence.  I can imagine how Frank would react to some of the pessimistic attitudes about the state of the profession today – I am sure he would have a brief, poignant quip and then just keep slugging away (one of his favorite terms), showing quietly and by example the value of great design.

Without hesitation, I consider Frank the best mentor I have ever had.  I was a young graduate architect at the time that Frank came back to Burt Hill.  I remember being truly in awe of him as he showed us the amazing work he had done around the world.  Initially it was intimidating to have this incredibly talented and awe-inspiring person in the office, but I quickly learned from working with Frank that despite having this incredible design ability, he was genuinely caring and intently interested in helping young architects like myself develop.  This attribute was critical in helping to develop a new generation of leaders.

Frank was truly selfless, all about empowering others, reveling in true team collaboration, and never concerned about his own glorification. This aspect of Frank’s nature was best expressed by David Henderson (another past co-worker): “For Frank, I believe architecture was an exciting adventure, a journey to be shared with good companions”.

I would like to share one specific story that I believe embodies the special nature of Frank….  We had a design review meeting with a very important client early in the design stage of a rather large project.  We had worked on dozens of schemes as a team, with Frank taking the design lead, and settled on several to present. After presenting the ideas to the client, it was obvious that nothing was exciting them despite the high quality of the work, which caused many of us to feel very awkward and anxious in the meeting.  It was amazing for me to see how Frank reacted to this situation.  He never took any of the criticism personally, he never tried to “oversell” the ideas; rather, he respectfully listened intently to their comments to better understand their needs and vision.

Then he did something that really surprised me.  He remembered a crude sketch I had done earlier in the process that had not been developed, and asked me to bring it into the conference room and present the ideas to the client.  Unprepared to do this, I was quite petrified but I muddled through it and surprisingly, the client liked some of the ideas I was somehow able to convey.  It turned out that those few simple ideas hit home with the client and Frank’s ability to stay calm and positive turned the mood of the meeting around and helped the client look at all of the work differently; the ultimate direction for the design ended up using ideas from several of the schemes.  This had a tremendous impact on my confidence as a young architect.

It was absolutely amazing how Frank handled this potentially volatile situation, it taught me so many lessons and I believe encapsulates what made Frank so special – humbly listening and learning from other’s comments, calmly leading and always staying positive, putting ego aside for the good of the project, supporting others ideas and working collaboratively to synthesize thoughts into a harmonious whole.

I know that Frank had a major impact on many in the Pittsburgh architectural community, whether you had an opportunity to work with him directly or to have been around him at AIA or other social events.  I hope that you will share your personal memories of Frank below.  Let’s all not only remember what Frank meant to us, but try to use the example he set as a model for addressing the challenges we face and in celebrating the joy of architecture and of our lives.

IN MEMORY OF FRANK G. MCCURDY

Frank completed the five year Architectural program at Carnegie Tech (CMU) in 1958, and he received his Master’s Degree in Urban Design from Harvard University in 1963. In 1982, he was certified by the National Council of Architectural Registration Boards (NCARB). He was a member of the American Institute of Architects (AIA), serving a term as President of the Pittsburgh Chapter. He received many awards and honors for his work on international, national, and regional projects. He designed the Pavillion in Natrona as part of the Natrona Comes Together group.

2 thoughts on “For the Joy of Architecture”