Senator John R. Gordner,  Senate Majority Whip, was first elected to the state Senate in a special election in November 2003. He was re-elected in 2004, 2008, 2012 and 2016 to represent the 27th Senatorial District, which includes all of Columbia, Northumberland, Montour and Snyder counties and parts of Luzerne County. 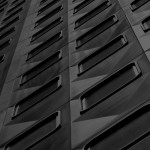